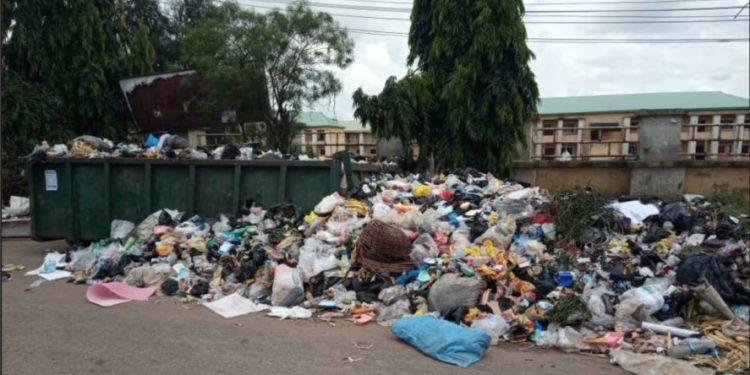 Residents of Ikenegbu Lay out, Owerri in Imo State have cried out to the government to come to their rescue over the mounting refuse that is now threatening their lives.

Speaking to News Echo the residents of the area feared the outbreak of an epidemic as they called on the government to “save our Souls.”

A middle aged woman who displays her wares in front of the refuse dump narrated that this is how it has been for the past two weeks while another man near her lamented that all cries to the ENTRACO people to evacuate the dump site keeps falling on deaf ears.

In his words, “we have been calling them to come and help us but they are not listening. See the refuse is now stretching to Jevinik junction and taking up the road. We don’t know what is wrong with them”, he lamented pitiably.

The refuse dump site located in front of Ikenegbu Girls’ Secondary School appears to be the major refuse dump in the layout as most people drive from other parts of the area to dispose their waste. The amount of waste generated within the area is enormous.

Another woman, Chika confirmed that some ENTRACO staff visited the dump site and pushed out from the road some of the refuse even as they complained of pay loader and other materials to work, and promised to return for the evacuation.

It is very urgent that the agency come to the rescue of the residents because economic activities and the health of the people are endangered. The refuse dump is close to residential houses and business premises.
When the reporter called on the ENTRACO Chairman he was referred to the Imo Waste Management Agency whose responsibility it is now to evacuate the waste. The authorities could not be reached as at the time of going to press. 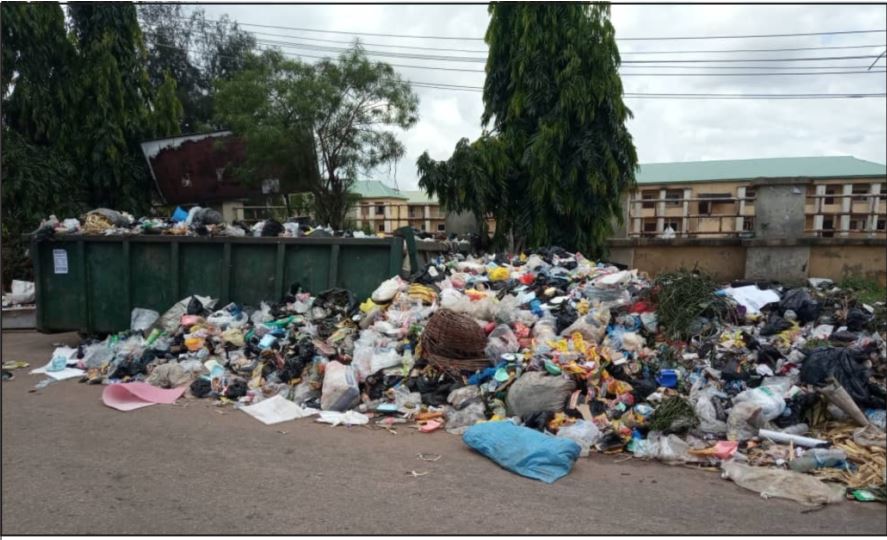 Challenge of character in our leadership and development