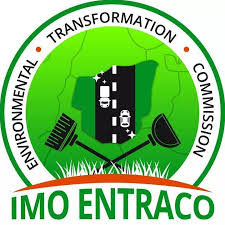 Newspaper vendors in Owerri, Imo State capital, have decried disturbance and highhandedness by men of Imo State Environmental Transformation Commission (ENTRACO) and the Owerri Municipal Council boss and his boys.
The newspaper vendors cried out that these government taskforce and agents have been disturbing them and asking them to vacate their Stands without any cogent reason.

Some of the newspaper vendors who spoke to News Echo under anonymity in Owerri, lamented that on Thursday, to their surprise, some fiercely looking men of ENTRACO and Owerri Municipal Council boss and his boys stormed Wetheral Junction (by Aba Road), Ama JK among other areas and threatened them to vacate their Stands from the roadside even as some street traders’ wares were scattered.

The newspaper vendors who stated that the previous governments led by Chief Achike Udenwa, Chief Ikedi Ohakim, Owelle Rochas Okorocha and Rt Hon Emeka Ihedioha did not disturb them nor threatened them to stop staying in the streets or along the major roads to sell newspapers, called on Governor Hope Uzodimma to call the men of ENTRACO and Owerri Municipal Council boss and his boys to order otherwise they will drag his good image to the mud.
They added that they do not constitute any traffic danger to the public, hence their Stands are well positioned so that no reader or buyer would obstruct the traffic.

Abia'll not yield any inch of territory to criminals - Ikpeazu

Ikpeazu asked to account for state allocations in 7 years