Origin of 4 market days in Igboland 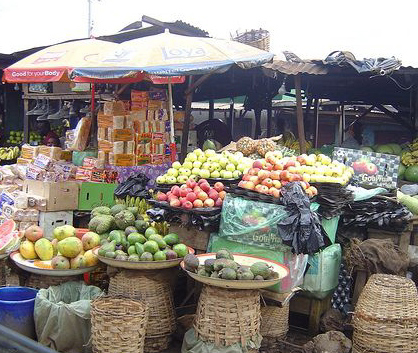 According to Igbo historical records, one day during the reign of Eze Nrijiofor I, four wise strangers came to visit him at his palace. When they arrived, these four men pretended to be deaf and dumb. They did not say their names or their mission to Nri kingdom. Each of them carried nkata which literally means basket. They were taken to the visitors’ chamber by Adamma the king’s servant.

Later in the evening, Eze Nrijiofor 1 went to see them, but they did not respond warmly to the Eze and did not acknowledge his greetings. Oji – kolanut was presented to them but they did not say anything in acceptance or rejection of the oji. Later at night, the four wise strangers were shown where to sleep. But in the middle of the night, Eze Nrijio for’s soothsayers sent a rat to disturb their sleep.

When the rat went to the ﬁrst basket that belonged to Eke and started to nibble at it, Oye woke up and said: “Eke, wake up! A rat is trying to get to your basket.” Eke woke up and the rat ran away. After a while, the rat repeated the same trick on the remaining baskets, and in the same manner, all of them revealed each other’s names.

In the morning, the Eze Nrijiofor I went to the strangers’ room to greet them and to perform the oji ututu (morning kola nut rituals.) As Adamma broke the kola nuts and the king called each of the visitors by their names-‘Eke’ ‘Oye’ ‘Afo’ and ‘Nkwo.’ The visitors who were hitherto referred to as ‘Ndi bialu ije ekwu okwu ‘(visitors that do not talk) were astonished when they heard their names being mentioned by Eze Nrijiofor I.

They asked for water to wash their hands and faces; and took the oji that were presented to them. After chewing the oji , they gave the King ite ano (four earthen pots) and directed him to keep the pots in front of the Nri Menri shrine outside the obu (palace) with each pots facing the sun.

Eke, who was the spokesman of the visiting wise strangers, told Eze Nrijiofor I that the ﬁrst pot was owned by him, Eke , the second one by Oye, the third by Afor and the last by Nkwo. He told the Eze that the four pots were sent down from Chukwu (God Almighty).

He instructed Eze Nrijiofor I that he and his people whom he ruled should be observing those names daily as market days, during which they should be buying and selling. These market days are used in Igboland to count Izu (Igbo native week). Therefore, Eke, Oye, Afor and Nkwo (four market days) make one Izu (week) in Igbo calendar.

The message was preached throughout Igbo land by spiritual priests of Nri and rudimentary open market squares were set up in Igbo land. The four strangers later told Eze Nrijiofor I that they were messengers from God. Some foods were prepared for them but they did not eat them. In the noon of that day, these wise men of Igbo tribe disappeared from the Eze Nrijiofor’s palace like angels. Their news subsequently spread throughout Igbo land and are observed till date.

Evidence From the Web: How to Prove That That Data Was Actually There