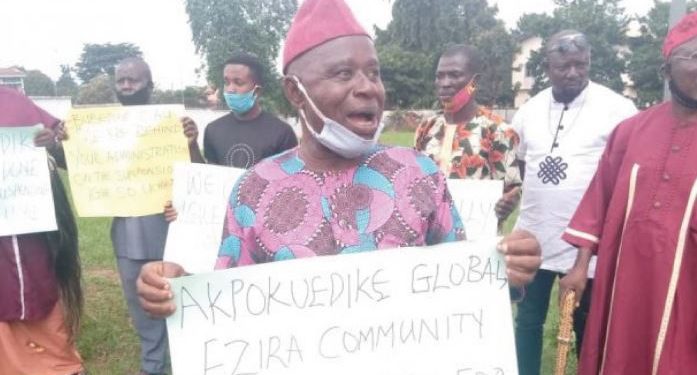 The exercise which kicked oﬀ at Upper Iweka axis and Ochanja round about, last week had men of the Ocha Brigade going after the illegal collectors.

“These illegal IGR taskforce target tricycles and people with luggages and compel them to pay for their luggages, claiming to be indigenes and must have a part in every business transaction that goes on in Onitsha”, he said
Narrating the ordeal of a woman who ﬁled complaints with ahead injury she got from the unidentiﬁed group, Mr.

Udeano said his team is out to sanitize Onitsha and will not relent until normalcy is restored.

One of the culprits, Mr. Eric Nwankwo said he was a carpenter and was on his way to bank before he was apprehended while Mr. Ebuka Emmanuel said he was on his way to buy drugs before he was also apprehended.
Mr. Udeano noted that the ministry had received numerous c o m p l a i n t s f r o m t r a d e r s , especially those from outside the state over molestation by the illegal revenue collectors.

He however, assured traders who come to Onitsha that men of OCHA Brigade will hunt and apprehend these hoodlums for as long as it took to clear them oﬀ the streets and roads, adding that the state government was committed to creating safe and conducive environment for business transactions within the state. 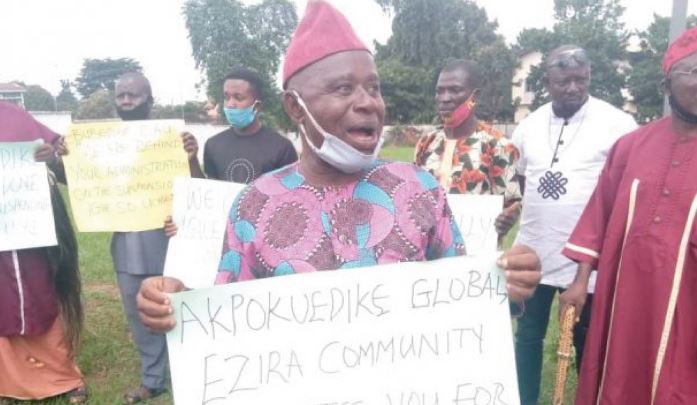