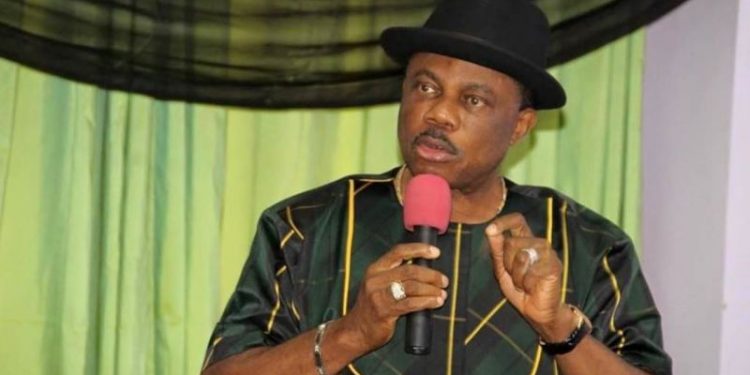 Governor Willie Obiano of Anambra State, has inaugurated an inter-ministerial steering committee on Water supply, Sanitation and Hygiene (WASH), as well as flagged off the campaign to end open defecation in the state by 2025.

In his speech at the inauguration, Monday, the governor noted that his administration had prioritised the provision of potable water to residents of the state over the years.

He said the priority gave rise to his administration working very hard to ensure the commissioning of Obizi and Otuocha water schemes despite the threat of COVID 19, adding that the two water schemes have a capacity to supply water to 21 communities in both Aguata and Anambra East Local Government Areas.
“I have also approved a public private partnership management structure for the Greater Onitsha Water Scheme with PCI of South Africa to ensure that the challenge of providing potable water to the residents of Onitsha is tackled head-on. The company has already started mapping out routes for laying of pipelines across the state for effective reticulation of water to areas within its coverage”, he stated.

The governor therefore, called on stakeholders to partner the state on Clean Anambra Campaign which according to him is aimed at ending open defecation by 2025.
In his remarks, the WASH Manager, UNICEF, Enugu Field Office, Miss Mamita Bora Takkar, said under the Obiano administration, the WASH programme has made significant progress, assuring that the project is ready to support all interventions to make Anambra East the first open defecation free local government area in the state by February or March 2021.

Earlier in his address, the state Commissioner for Public Utilities, Engr. Emeka Ezenwanne said that access to potable water in the country has been disturbing, but noted that Anambra State Government has been committed to ensuring access to safe water through continuous rehabilitation and construction of boreholes and water schemes in the state and provision of toilet facilities in schools and markets.
Ezenwanne added that the state is committed to ensuring that the issue of open defecation becomes a thing of the past and assured of continuous support for the campaign on personal hygiene.