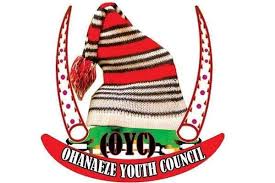 The President-General of Ohanaeze Youth Council (OYC), Mazi Okechukwu Isiguzoro has lauded the efforts of Governor Okezie Ikpeazu, towards ensuring the welfare of the youths in the state.

This is even as the group praised the governor for the rehabilitation of several critical roads within the state, despite the harsh challenges of Covid-19 on the world’s economy.

The youths gave the commendation on Saturday in a release jointly signed by Mazi Okechukwu Isiguzoro (President-General) and Mazi Okwu Nnabuike (Secretary General ) and made available to journalists in Umuahia on Saturday.

They noted that Ikpeazu had been youth-friendly as evidenced in his youth empowerment programmes, appointments in small and medium-scale enterprises, human capital development, overseas youth training, as well as the visionary Enyimba city projects.

The statement reads in part: “Ikpeazu recorded the highest youth participation in governance among other states in South East Zone. There are evidences of overseas training in small and medium-scale enterprises and Igbo youths have benefitted enough from the projects”.

OYC also commended Senator Enyinnaya Abaribe, Ike Ekweremadu, Theodore Orji for what it described as their sound representation of the Igbo nation at the National Assembly.