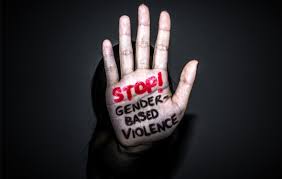 Director of National Orientation Agency (NOA) in Imo State, Mr. Vitus Ekeocha, has stated that the organization has started a sensitization programme on Freedom of Information Act (FOIA) on rape, gender violence and drug abuse.

Speaking at a one-day interactive forum tagged “Understanding The Freedom of Information Act (FOIA) curbing the increasing wave of rape/ gender violence and drug abuse, its effective on the society held at government college Owerri, Imo State, the director said that the NOA nationwide has been directed to implement programmes aimed at understanding the freedom of information Act as well as curbing the increase wave of rape and gender violence.

Okeocha highlighted that the issue of Drug Abuse, trafficking and other social vices in the society are of great concern to government, and that efforts are also being made to ensure that these vices are contained and nipped in the bud, adding that Nigerians FOIA was signed into Law on Monday 28, 2011 after the longest legislative debate in the history of Nigeria which lasted for over 12 years. The law was passed to enable the public to access government information in order to ensure transparency and accountability.

Information is critical in decision making, as the quality of decision we often make depend on the quality and volume of information at our disposal”.
Ekeocha projected that FOI Act provides citizens, students researchers and politicians, easy access to information to conduct studies to understand how government processes, policies, systems and functions of public officers and offices work, which act as a vital tool to ensure democracy and responsible governance in Nigeria.