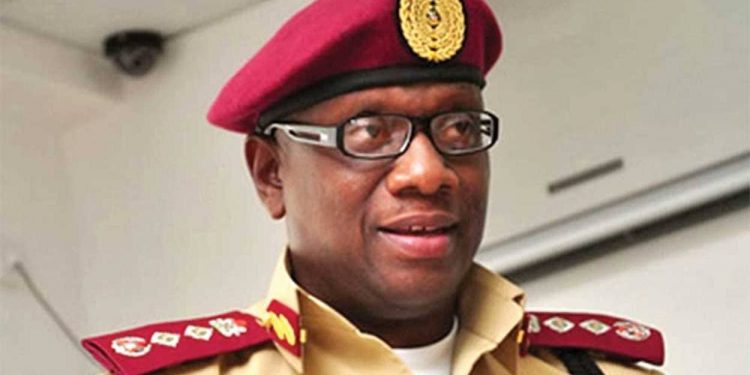 The Corps Marshal of Federal Road Safety Corps (FRSC), Dr. Boboye Oyeyemi, has said there is no going back on the introduction of Computer Based Test (CBT) for intending applicants for drivers’ licence, saying it would enhance standard and global best practices in vehicle driving in the country.

Speaking at this year’s National Driving School Training in Enugu, Oyeyemi, represented by Deputy Corps Marshal, Shehu Zaki, said that one of the giant steps taken by the corps is the revamp of the Driving Schools Standardization Programme (DSSP) portal to version 2.0 which will be launched after the training.
He explained that the introduction of CBT for intending applicants was part of the processes of obtaining fresh drivers’ licence in the country.

“The new CBT portal of drivers’ training, which already will have interface with the revamped DSSP portal, is designed in such a way that it will improve on our processes and ensure that best acceptable practices are allowed”, he added.

Oyeyemi noted that a well coordinated, streamlined and standardised processes and procedures of obtaining drivers’ license would help to achieve the major aim of reducing road traffic crashes nationwide.
Earlier, National President, Driving School Association of Nigeria, Jide Owatunmise, lauded the FRSC for the training and retraining of proprietors and instructors of driving schools, as well as the introduction of new technology.

“My association will step down the training; so that members that did not make it to the training can benefit and key into the new technology introduced by the FRSC,’’ Owatunmise, who is also a proprietor of a driving school, said.

“With this laudable move, in the next five years and beyond; I believe we will have better quality drivers and those that can clearly interact with road signs and drive with more caution’’, Amor said.

While speaking, the FRSC Sector Commander in Enugu State, Kalu Ogbonnaya, said the participants at the training would be issued certificate at the end; while for the proprietors of driving schools, the certificate would be necessary to re-validate their operational licence for their schools.

Over 300 proprietors and instructors of driving schools drawn from South East Zone and Benue State participated in the training.