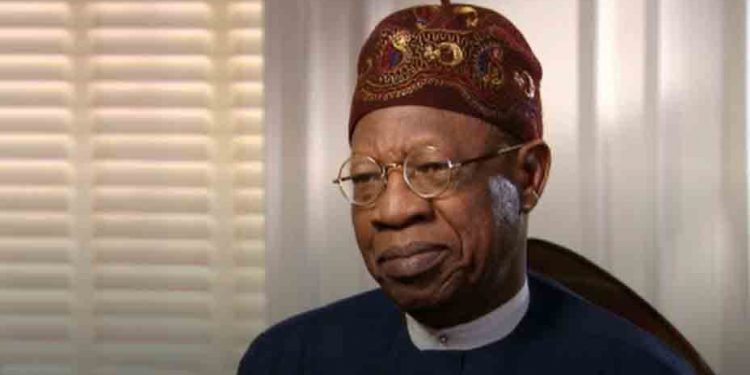 Minister of Information, Lai Mohammed, has said that the meeting a presidential delegation had with leaders and stakeholders of the South-East was fruitful.

He spoke to the newsmen on Sunday in Enugu.
The delegation was led by Ibrahim Gambari, Chief of Staff to President Muhammadu Buhari.
The Saturday’s meeting in Enugu lasted more than eight hours.

Mohammed disclosed that stakeholders agreed on the unity and oneness of Nigeria.
The minister noted that this was clearly spelt out in different presentations.

“We listened clearly and carefully to all the positions and demands, and we are going back to report directly to President Buhari.”

Mohammed said the federal government had been spreading development and infrastructure nationwide simultaneously and equitably.

He assured the region that the Buhari administration will never marginalise any zone.
The minister assured that on return to Abuja, the team will investigate positions and demands made by the South-East leaders.

In attendance were governors, statesmen, as well as religious, traditional, women and youths’ leaders.
The presidential delegation had the Inspector-General of Police, Mohammad Adamu; Minister of Labour, Chris Ngige; Minister of Science and Technology, Ogbonnaya Onu, and Minister of Foreign Affairs, Geoffrey Onyeama.