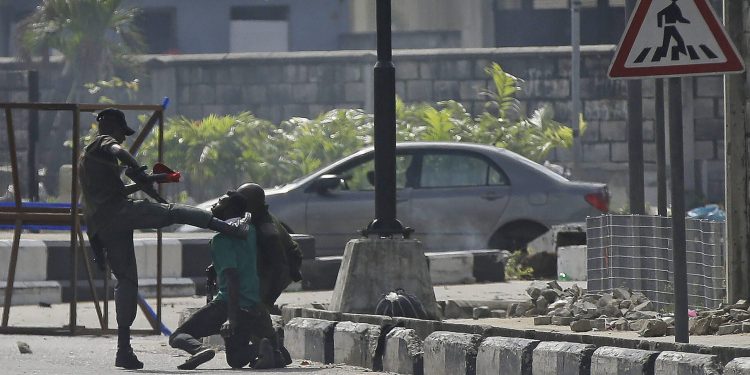 A victim of police brutality and extortion Uche Nweke has cried out to members of the public and government for safety over alleged threat to his live by seven police officers including Deputy Inspector General of Police Hosea Karma who allegedly arrested him.

They took him to commercial bank in Owerri and withdrew 500,000 naira from his account.

Mr Uche Nweke is one of the petitioners at the newly inaugurated judicial commission of inquiry into police brutality and related extra judicial killings following the recent nationwide protest by Nigerian youths.

Speaking to newsmen shortly after the sitting in Owerri, the capital of Imo state, the complainant Uche Nweke said despite the high court judgment in his favor the said officers involved are still serving in the Nigerian police force with promotion without obeying court judgment.

He appealed to the commission of inquiry to ensure he get the required justice, as he laments the hardship he has been facing since the incident.

The commission of inquiry by Governor Hope Uzodimma is expected to receive and investigate complaints of police brutality and related extra judicial killings to recommend compensation and other remedial measures to the government.