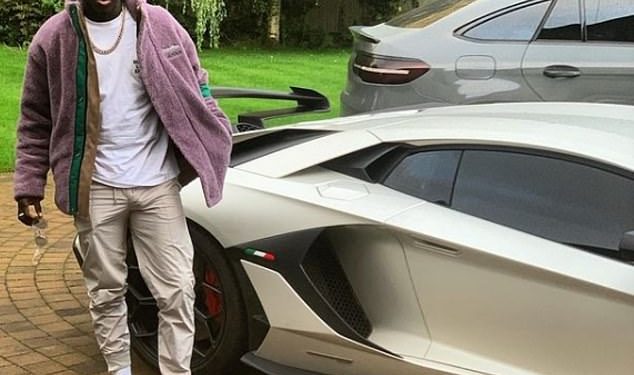 World Cup winner with France and defender for Manchester City is having a nightmare and a race against time to save his £475,000 Lamborghini Aventador SVJ, from being either crushed or auctioned by British Police.
The expensive car was seized from the left-sided defender last month when the police stopped him as he was driving without valid licence or insurance.

The troubled footballer has 14 days to provide documentation before the car is either crushed or auctioned. But after 20 days, he is yet to provide any for the car he bought in France.
After Mendy was stopped, the car was taken to Macclesfield police station before then being moved to a secure pound.

The car is capable of doing 0-60mph in three seconds.
Mendy joined City from Monaco in 2017 and has made 60 appearances for Pep Guardiola’s side.

During his time at the club Mendy has won two Premier League titles, the League Cup and the Community Shield.
He has been capped by France on ten occasions and was part of the squad that won the World Cup in 2018, although he made just one appearance at the tournament.

Nigeria's Emenalo could have made fortunes from Maradona's last match shirt