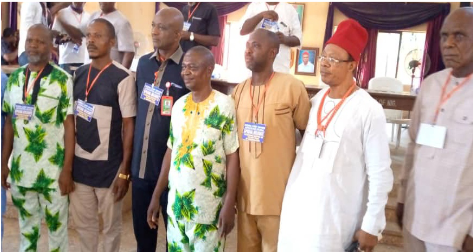 The National Lorry Drivers Association (NILODA) has elected new executive to pilot its affairs after 13 years of leadership crisis.

The election, which took place at the Committee of Father’s Club hall, Oyeolisah Market, Ogbunike, in Oyi Local Government Area of Anambra State, had in attendance, delegates from the 36 states of the federation and the Federal Capital Territory, Abuja.

Counsel for the association, Barrister E.C Ezemuari, while swearing in the new executive, shortly after the election, admonished them to work in unison and look inward and outward in a legitimate way to generate more revenue for the government and to be apolitical in discharging their duties

INEC to use new Electoral Act for Anambra, 2023 elections

INEC to use new Electoral Act for Anambra, 2023 elections

6 disadvantages of coconut water to be aware of