Looting: If I had my way, Ayade would step aside to learn governance – Obong of Calabar 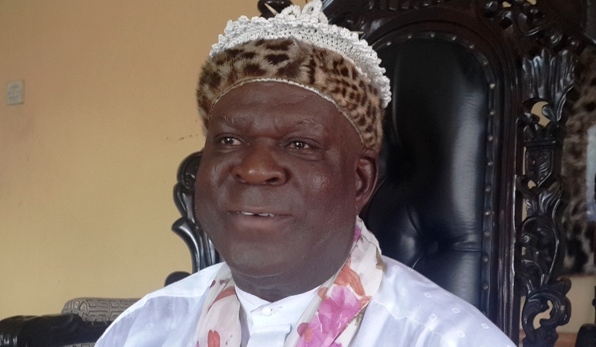 Angered by the mayhem which ensued in about 4 local government areas in Cross River for 48-hours, the Obong of Calabar, Edidem Ekpo Okon Abasi Otu V, has asserted that if he had his way, he would have asked that the state’s governor, Ben Ayade, waited (stepped aside) for the people to set up an interim administration for him to look and learn how things were to be done.

The Royal father made the assertion at the weekend when former governor, Senator Liyel Imoke, some National Assembly members as well as political heavyweights in the state paid him a visit in his palace.

He added that he was so unhappy that the peace and calm that the people used to have here(Cross River)has been taken away because they, the politicians have also failed. His words:”

“I have been watching and I am so unhappy that the peace and calm that we use to have here is taken away. Why? Because we have failed; Who have failed? The politicians have failed. That is why we sit down to watch you people, there is a need to change.

“And if I had my way I could have said, this governor, should wait, let’s set up an interim administration then he starts learning and looking at how administration is actually done.

“We don’t allow people to come in and do anything the way they like it. No. there is a principle, there is a policy that should be adhered to.

“I mean, nobody talks to him; he doesn’t talk to anybody, no matter what happens you, (Imoke) used to call me from time to time when there was need for that.

But this one, he wouldn’t call you. Even when you call him, he doesn’t answer the call. “Nobody talks to him, but rather what are we doing?

We are all running away, I realize that every politician needs to build a fort for himself. Taking the youths that don’t even know what is happening, around himself and another politician doing same.

“As such you were always discussing with people and taking ideas from the people; it was from there that it extended to other set of people to maintain peace and order. But when there is a total blanket separating the two, what do you think will happen? “What you people were building has been destroyed.

20 companies in Anambra get SON’s certification