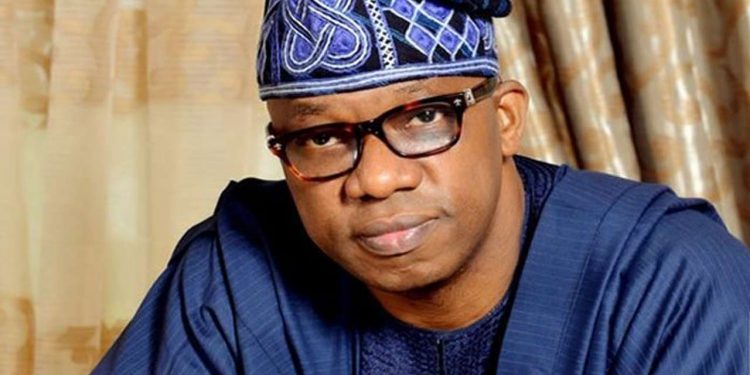 Governor Dapo Abiodun of Ogun State has said the number of deaths recorded from last week’s Lekki Toll Gate shootings in Lagos State has not risen above two.
Last week some End SARS protesters in Lekki were reportedly shot by men said to be in military uniforms.

There has been confusion over the number of protesters who died as a result of the shootings as government and protesters claimed contradicting figures.
While speaking at a Peace Consolidation Meeting of Stakeholders with the Deputy Inspector General of Police, Mr. Adeleye Oyebade, at the Arcade Ground, Governor’s Office, Oke-Mosan, Abeokuta on Tuesday, Gov Abiodun said those peddling fake news on the social media deliberately increased the figures to sew the seed of discord.

Abiodun recalled that “there was someone who was at the scene of the incident that day that was on live video, broadcasting that 70 people have died, hundred people have died, there’s blood all over the whole place.”

According to him, he was worried and put a call through to the Lagos State Governor, Babajide Sanwo-Olu, to confirm if truly many people have died as being reported by people on the social media.

“That night, we started going round to all the hospitals around Lekki, Ikoyi and the Island; we went to all the morgues; called for people who have missing corpse to come and report. First day, second day, third day and up till now, the number of deaths, I don’t think it has gone past two. I am not sure it has gone past two,” Ogun governor said.
Abiodun added further that “Since that day, nobody has come to say we are reporting a missing person; and some people continue to plant that seed of discord. We need to stop. We need to be more patriotic; this is not who we are. We should also be more circumspect,” he stated.

Meanwhile, he condemned in its entirety, the shooting of peaceful protesters or any other, saying, “We condemn the shooting of anyone – civilian, police or military. We do not believe the military should come and shoot people who are protesting. We did not support it in any language. It is not tenable and not acceptable.”

Biafra: We have Aburi Accord tapes, Gowon lied against Ojukwu – Nnamdi Kanu