Lawyers at the service of songs of Late Justice Nonye Okoronkwo 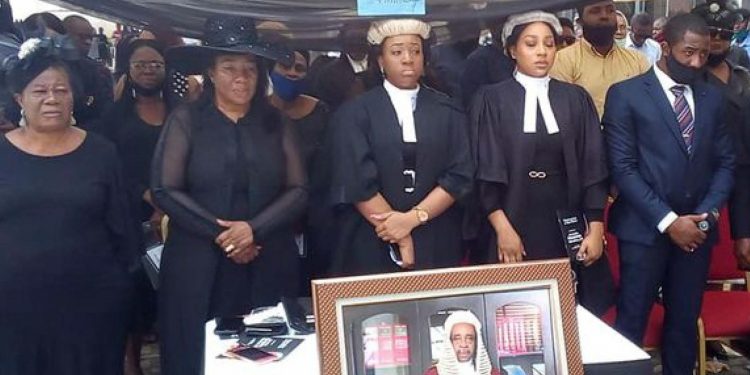 0
SHARES
205
VIEWS
Share on FacebookShare on TwitterShare on Linkedin

An Anglican prelate, Venerable Onyinyeoma Onyeagucha has revealed the three essences and stages of human life as; living for oneself, living for others and living for God.

He made this disclosure during the service of songs and tribute for late Justice Nonye Okoronkwo at Christ Anglican Church, Owerri.

He said the first of the stages is a time when one make strenuous effort to discover God’s purpose for his life in order to achieve ones aim in life while the second essence is living for others. A situation where one take interest in the welfare of ones neighbour and makes sacrifices for others without being selfish or engaging in criminal accumulation of wealth.

The final essence/stage and most important according to the clergyman is living for God and doing his bidding. He said every bit of the things we do must find it approval in God.

The different groups and association who rendered tributes at the event included; The bench, represented by Hon. Justice Chioma Nwosu Iheme, the bar, Council of knights of St. Christopher, Owerri Solidarity Club, Old boys association of Emmanuel College Owerri, Uzunma law chambers, U dokamma age grade, among others.
They all praised the humane, gentle, bold and unassuming disposition of the late legal icon who they described as an outstanding lawyer with uncommon skills.