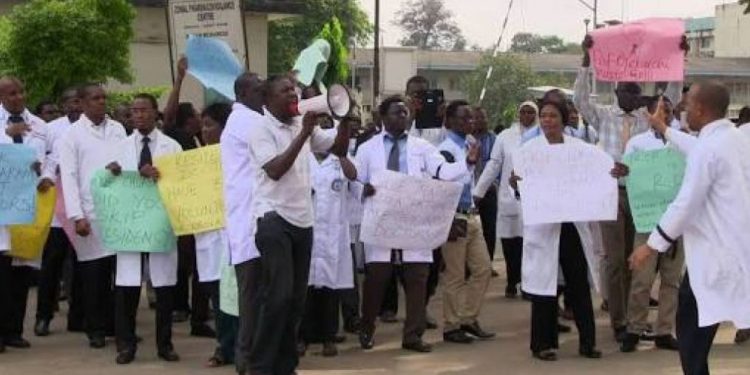 Health activities have fully resumed at the National Orthopaedic Hospital, Enugu, after the Joint Health Sector Unions (JOHESU) ended its seven-day warning strike. Some patients at the hospital expressed joy that they were attended to by the health workers while they appealed to the Federal Government to quickly meet JOHESU’s demands for the healthy living of the citizens.

They said that incessant strikes in the public health sector would continue to cause more deaths, financial waste, and serious health challenges for the citizens.

Mr Azubike Udeh, a patient on admission, said he remained in the hospital ward during the strike because transfeŕring to a private hospital would have caused him more money, which might likely not solve his health problem.

“My everyday prayer on this my hospital bed is for the government to listen to the health workers and pay them what is due to them so that there will be better healthcare service delivery in our public hospitals, ” Udeh said.

Mrs Charity Akuabata, whose son was on admission, expressed happiness as workers resumed work after the strike, adding that her son’s health situation would have gone bad if the strike was not called off. “I am happy that I met the health workers on duty because it would have been terrible for me to be carrying my 12-year-old son from one private hospital to another in order to get his leg treated,” Akuabata said. Miss Helen Egwuonwu, another patient, said that for the health workers to carry out their duties effectively, the government must create a conducive working condition for them.

A nurse in the hospital, who spoke on conditions of anonymity, said that health activities had started in earnest as patients had also started coming in to receive medical attention. The members of JOHESU and U and the Assembly of Healthcare Professional Associations embarked on a seven-day warning strike to press for their demands from the Federal Government. JOHESU’s demands include: addressing the disparity in the payment of hazard and inducement allowances to workers in the frontline of the fight against the COVID-19 pandemic.

All 26 FRSC operatives kidnapped have regained their freedom — Gov Sule