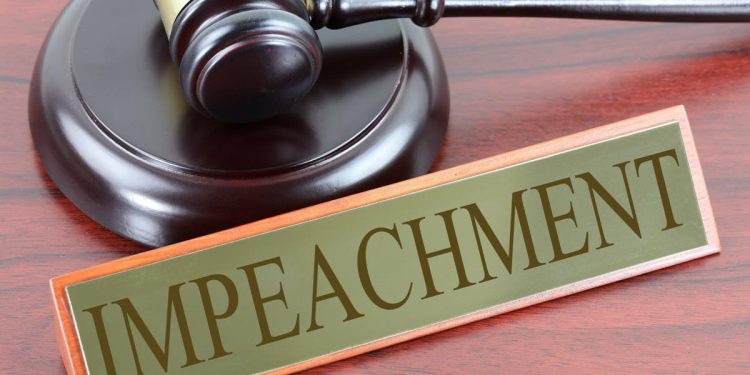 The legislature is part of the tripod in the governance structure that drives any democracy. Its roles cannot be over emphasized.

It is reckoned to provide checks and balances among the other two parts-the executive and the judiciary. Where these bodies are performing their duties effectively and efficiently government is reputed to be delivering on the expectations of the people.

Thus, it becomes easy to appreciate the important roles the Speaker of any legislature plays in a democratic setting.

It is unfortunate that what seemed like a mere rumour which hit the air waves intermittently crystallized into reality.

And so, the political activity in Imo State got jolted by the weekend with the possibility of reordering the political landscape all things being equal.

Imo has a new Speaker in the person of Rt Hon Paul Emeziem. The deposition of the Speaker has gone down into history as another dark moment when the law makers could not manage their affairs honorably.

For much of his tenure the former Speaker fought off many battles ranging from alleged certificate forgery, compromise of house rules, hobnobbing with the executive, to lack of protecting the Assembly men. It was not surprising to many that he was ousted because the threat to do so never ceased coming.
It is not quite clear what broke the camel’s back because there are myriads of issues hunting the Isiala Mbano law maker.

What is popularly trending is that he was caught in the crossfire romancing between two powerful political giants enjoying unfriendly relationships for which he must pay dearly for.

In the statement by his colleagues who executed the ouster, they had accused him among others of gross incompetence, gross misconduct and acts of financial impropriety.

The Speaker it would be recalled once called attention to a threat to impeach him and governor Uzodimma. Then he looked in the direction of the opposing People’s Democratic Party (PDP). It is doubtful if the party had a hand in the inferno that swept him away.

Reactions trailing the saga indicate that majority of Imolites welcome the development and appear happy for it. The political climate in the state since the inception of this administration does not appear encouraging for meaningful development.

The roles of the Speaker appear abdicated in reigning in the executive who wield the executorial powers that impinge on the welfare of the people.

Little wonder the celebrations and cheering that greeted the news. He was clearly not on the side of the people and played into the hands of the executive who used him as a tool to score goals and achieve their selfish objectives.

Need we recall that the practice of democracy is anchored on the three pillars of Legislature, Executive and the Judiciary? The checks and balances provided by each against the other helps to stabilize the polity and guarantee good governance and improved welfare for the people governed.

It must be stated without fear of equivocation that this is clearly absent in the practice of democracy in the state. It cannot be vouched that the Imo legislature played any oversight function on the executive. They were more like a rubber stamp and validation came when the legislators themselves began to move against the deposed Speaker for turning himself a mouthpiece of the executive on issues that clearly weighed against the government.

It would be recalled that once when the government owed the legislators their salaries and allowances the executive lied that they have been paid and the Speaker affirmed same when it was not the fact. It left many in doubt over whose interest he served and where his loyalty lies.

News Echo wishes to express concern that the sanctity of the independence of the three arms of government is not respected. Effort has been made to achieve this but sadly it is only observed in breach. There can never been independence of the legislature when they are relying on the executives for their emoluments. That alone provides opportunity of arm twisting them.

We cannot but advise that the new Speaker to learn from the experiences of the past. Being a first timer who was chosen and made “King” over more qualified ones speaks volume on the level of trust reposed in him. He cannot therefore bungle the opportunity of writing his name in gold.

Imo people are optimistic that the legislature would take a clean break from the ugly past and rewrite the story of their performance. The objective of the removal of the former Speaker will be defeated if subsequent activities of the House did not impact on the people positively.

The lawmakers should appreciate the enormity of the burden placed on their shoulders as representatives of over 5m Imo people whose destinies have been entrusted in their hands. We have no doubt that the new broom sweeps clean as a forward.