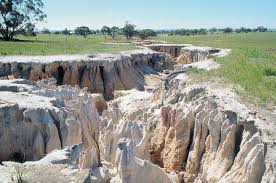 Imo State Government has solicited the assistance of United Nations (UN) in tackling the manace of gully erosion in the state.

The state governor, who Senator Hope Uzodimma made the plea at the governor’s forum secretariat, Abuja when the Deputy Secretary General of the United Nations, Amina Mohammed, visited the secretariat as part of her tour of some countries in West Africa.

He described gully erosion as the biggest security threats from ecological disaster which was ravaging different parts of the state.

Governor Uzodimma pointed out that his administration cannot tackle the menace alone, due to the decline in revenue, both from the federal and state governments, occasioned by the devastating effect of COVID-19.

He said the time for the UN to come to the aid of the state was now, particularly as the rainy season was fast receding, so that some remediation works could be carried out.

Responding, Mohammed regretted the devastating effect of ecological problems in Imo State in particular and the country in general and promised to work within her capacity to see what U.N can do to bring solution to the problems and alleviate the suffering of the Nigeria populace.

The main advantages of a Data Room Blog