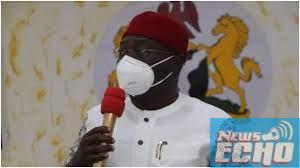 He made the announcement on Monday, in a release signed by Barr Chris Ezem, Secretary to the State government (SSG).
No reason was however, given for their sack but the Governor thanked them for their contributions to the development of Abia and wished them well in future endeavours.

The Governor however, appreciated all the appointees for their individual and collective contributions towards the development of the State and wished them well in their future endeavours.”

The statement said that the directive was with immediate effect. It would be recalled that Ikpeazu last Friday, fired the former General Manager of ASEPA, Umuahia zone, Mr. Eze Okwulehie, after he granted a live interview on a popular radio station.

Abia releases N3.2 b for payment of workers’ salaries, pensions

Osimhen shines in Serie A debut