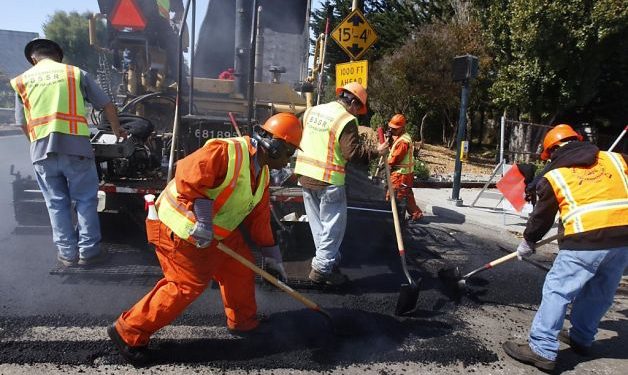 After several years of lamentations by residents, Abia State Governor, Dr. Okezie Ikpeazu has ordered contractors to move into notoriously dilapidated roads within the Ndiegoro axis of Aba and get them fixed before the end of the dry season.

Aside the roads within the Ndiegoro axis of the city, other roads within Osisioma and Ogbor-Hill axis of Aba were also mapped out for reconstruction while several others within Umuahia, Obingwa, Isiala Ngwa, Ukwa and Umunneochi will also wear a new look.

Barr. Bob Ogu, the state Commissioner for Works who was reacting to the outcry of residents, said that the government has intensified construction works on many roads, to maintain so many failed ones and complete as many as possible ones within the current dry season.

Those who are familiar with the history of the Enyimba City, as Aba is called, will recall that it was the “Ndiegoro Flood Disaster” that made Dr. Sam Onunaka Mbakwe, the then Governor of Old Imo State to weep so much that he was firstly tagged “the weeping Governor” and up till today, the area has remained dangerous for habitation.

Some of the dilapidated roads in Ndiegoro include: Ngwa, Ohanku, Obohia, Iheorji, Ibere, Arondizuogu, Ogwo, Ozumba, among others.
Listing out the roads under construction within the densely populated and perennially flooded Ndiegoro axis, Ogu said that as at Tuesday, works have started at Ngwa and Ohanku roads, as well as many other roads.
On the roads within Umuahia and other parts of the state, Ogu said that work has started on many of the roads, while contactors will also return to site on many other ones soon.

Ohanaeze, IPOB hit back at Ango Abdulahi over inflammatory comment