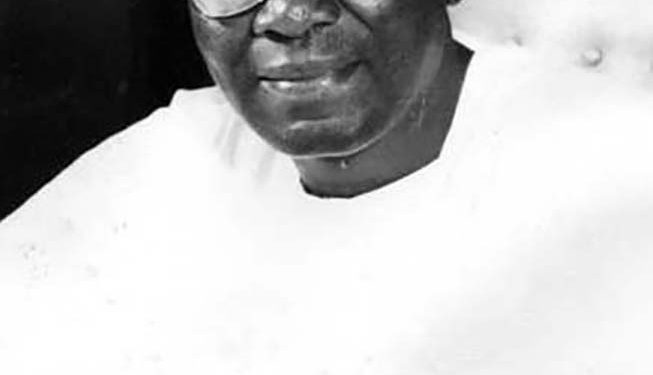 0
SHARES
109
VIEWS
Share on FacebookShare on TwitterShare on Linkedin

Professor Mrs. Uche Azikiwe wife of the first President of Nigeria and erstwhile Premier of the Eastern Region late Rt. Hon. Dr. Nnamdi Azikiwe has explained how she got married to Zik in 1972 at the age of 26 years while Zik was 69 years.

Uche Azikiwe professor emeritus of the University of Nigeria, Nsukka disclosed this in an interview with journalists in Nsukka, Enugu State.

In her words,” I never dreamt of being the wife of Nnamdi Azikiwe in my life. My first contact with him was not when I danced the Nkwa Umuagbogho Afikpo cultural dance as being circulated ”
” My Father and his friends in politics then prepared and said that Nkwa Umuagogho Afikpo cultural dance should entertain in a cultural festival with zik. I was only 14 years when I danced.

After some months of the cultural dance, Chief Nnachi Ennwo representing Afikpo North in the Parliament then came and told my Father that Zik said that the people that danced should be entertained and trained in schools on scholarship and employment”

” In 1965 the civil war in Nigeria started, I went home as everybody ran to different locations as a result of the Biafran war. During the war my father and his two friends and myself went to see Zik at Nekede in Owerri, Imo state and that was the only contact I had with him during the war.

At that visit he only asked me how are you doing and I replied that I am alright. With my father I didn’t say anything, nothing ”
“After the war Zik told Justice Anyagbnam from Onitsha to gather all the people on his scholarship to go back to school those remaining then. Where I went back to study was Holy Child Secondary school Sharon Abakaliki in Ebonyi state”

” We are still in secondary school when Zik sent message asking us what we want to be in life. I said I want to be a nurse. Zik then said he will send me to London where he sent his three sisters that trained as nurses. In 1972 I prepared to move to London for nursing training and that was where the game changed as God planned it”
” Many people didn’t believe that I will conceive and give birth as Zik was 69 years then and I was 26 years when I married him. I have two boys for him and the two have given me 10 grand children.

“I learnt a lot from Zik and there are certain things one will do to me and I will say if not for the name I am answering now, I will show the person that grew up at Police barracks.

My father was a police Officer as Sergeant Major who always asked me to apply diplomacy in everything I do. I learnt hard work as Zik was a hard working man who doesn’t want anybody to help him.

He was independent. I learnt humility as he was a humble man all his life and peace loving ”
“I saw myself as someone God loves in a special way by making me to be to the wife of Nnamdi Azikiwe. My marriage was not the design of my father and mother nor any other person but the design of God” she added.