How DPO, female police tore my face with fingernails – Lawyer 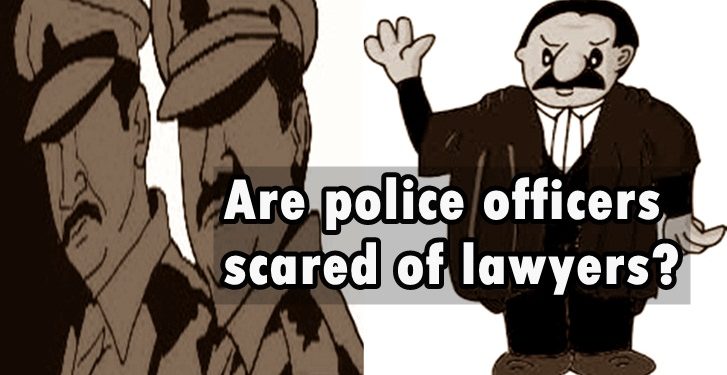 The ongoing Judicial Panel on extra-judicial killings and other related matters holding in Umuahia, Abia State capital on Wednesday, received petitions from a Lawyer, Mr Kalu Uche A. and a distraught woman, Dr (Mrs) Anurika Kalunta.

The Panel which seats at Aguiyi Ironsi conference centre hall, Finber’s road in the State capital was told how a Divisional Police Officer (DPO) of Isukwuato Police Division Mr Asuquo Inyang Inyang , his other officers allegedly beat up a Lawyer, Barr Kalu Uche when he went to secure the bail of his client.

The Lawyer told the panel that on 26th July 2020, he had gone to the said Police Division to seek the release of his client but the DPO, according to the Lawyer, accused him of recording the DPO’s conversation with the detained client with his mobile phone and subsequently pounced on him, destroying his phone and collecting his phone’s memory card.

The petitioner also caused a mild drama when he demonstrated how the female policewoman Grace Akpan allegedly used her long artificial finger nails to tear his (Lawyer’s) face while the DPO and another officer Inspector Chukwudi Ihediwa allegedly joined in beating him up, tearing his clothes in the process.
Meanwhile, a woman, Dr (Mrs) Anurika Kalunta on Wednesday told the Justice Sunday Imo Panel how she lost her pregnancy while being detained inside Alagbon Close Police Station, Lagos.

Mrs Kalunta recounted that on October 5, 2020, she was cooking inside her kitchen at Aguiyi Ironsi Estate in Umuahia in preparation for her late father’s burial holding that day when her gate keeper ran into the kitchen to inform her that some Policemen were in their home.

She stated that before she could look up the policemen, numbering over 10 stormed into her room, demanding the whereabouts of her husband but she told them that her husband was not around.

The victim narrated that despite her explanation, the policemen insisted that she would either produce her husband or follow them to the Central Police Station, (CPS), at Bende road, Umuahia, telling her that someone wrote a serious petition against her husband.

She continued that when she followed them to the CPS, she was forced by the Police officers to write a statement after which she was pushed into a cell, like a common criminal.

According to the petitioner, all her pleas to be freed met deaf ears as the Policemen even arranged a Toyota Sienna bus belonging to Abia Line Transport Company and allegedly pushed her into the bus before taking her to Lagos, in a horrible trip.

She revealed that when they arrived at Lagos, she was detained at Alagbon Close Police Station inside the cold, despite her explanation that she was pregnant.
Kalunta concluded that it was inside the Alagbon cell that she started bleeding, adding that the officers on duty who saw her condition, provided her with sanitary pads to clean herself.
The two petitioners demanded heavy compensation and prosecution of the Police officers for their alleged crimes against humanity.

But counsel to the Nigerian Police, Abia State Command, Superintendent of Police, Stanley Ofeogbu regretted that most of the petitions against the police came a few minutes to the commencement of the sitting. The counsel requested enough time to enable him to study the petitions and provide a defence.
The Nigerian Bar Association, Abia State branch on their own said it would offer services pro bono to indigent petitioners.

The Chairman of the Panel, Justice Sunday Imo adjourned the sitting for another day to enable the petitioners provide enough evidence to back up their petitions and to enable the police to prepare their defence.

The former Chief Judge of Abia State, Imo assured that justice would be done to all matters brought before the Panel. The Panel continues sitting as more petitions come in.