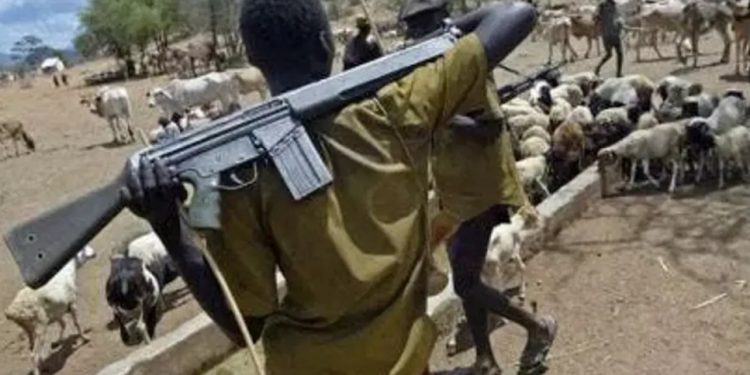 The chairman of Uzo-Uwani Local Government Area of Enugu State, Chukwudi Nnadozie, has decried the inability of Forest Guards and Vigilante group personnel to check the excesses of herdsmen on farmers in the council area. His outcry followed an alleged shooting of Festus Ayogu, a farmer at Ugbene Ajima, a sleepy community in the council a r e a , w h o h o w e v e r , survived the attack by whiskers. But the herdsmen were said to have destroyed a large plantation across 12 plots of land with 1000 improved variety of palm trees and other crops belonging to Nicholas million naira, located along Ugbene Ajima-Nimbo Road. Another farmer from Isiuvuru village, also in the council area, Utazi Ereme, told Vanguard that armed herdsmen have taken over their farmlands and allowed herds of cattle to graze openly on cassava and yam farms. An indigene of the anonymity disclosed that while the cattle feed on and destroy their farms, the herders also harvest their yam seedlings and roast them for food, hinting of possible food scarcity in the council area.

He said that the farmers have abandoned their farms for fear of being attacked. “You remember the case of Nimbo massacre in 2016? Our people have been peaceful and law-abiding but these herdsmen intentionally look for our trouble. They intentionally leave the pastures and take their cattle to our farms. Wherever the cattle graze, it would be diﬃcult to farm there because the animals ram the soil with their hooves while eating up the crops. They leave their cattle numbering over 300 to a little boy. How would he control such number? Only God knows what they want because we have enough pastures where their animals can graze and go without our people knowing of their existence but they prefer our farms.”