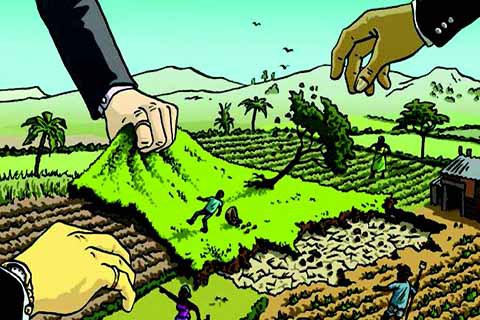 Abba United USA Inc, a group of Abba citizens in the Diaspora, has rejected plans by the Imo State Government to acquire a large expanse of their communal land for an intended agricultural cluster

The government had, in a letter written to the traditional ruler of Abba Autonomous Community, His Royal Highness Eze Ndubueze Maduabuchukwu, Uburu 11 of Abba,, by the State Ministry of Lands, Survey and Physical Planning, through the Commissioner, Barr. Enyinna Onuegbu, intimating the community of the government’s desire to acquire a large expanse of their ancestral land known as ‘Ikpa Abba’ for an agricultural progarmme

The letter, dated August 28, 2020, with reference No. IML|5055|14, was followed up by a visit by some staff of the ministry where they met with some selected Abba indigenes from the four autonomous communities of Umuokwara Abba, Umudurunna Abba, Ekitiafor Abba and Ogwuaga Abba (Abba Ama Ano), where the government reiterated its determination to acquire the said land.

But the group, resident in the United States, had frowned at the government intention, saying that government did not consult widely with the relevant stakeholders in the four autonomous communities before taking such a decision.

In the letter signed by the President, Chief Levi Onwuchuruba, General Secretary, Engr. Frederick Chimezie , Chairman, Board of Directors, Chief (Sir) Chris Onwuzurike and Legal Adviser, Chief (Barr.) Derek Obialo, a copy of which was made available to News Echo in Owerri Wednesday,

the group said that feelers back home had indicated that the indigenes were not happy about the apparent forceful appropriation of their heritage and urged the government not to do anything that could jeopardize the peace and tranquility in the local government and also the harmonious relationship exiting between the people and the government of the state.

The group therefore appealed to those collaborating with the state government to appropriate the said land, especially indigenes of the community, to refrain from such acts as it’s inimical to the peace and progress of Abba.

The letter reads in part, “This letter is in response to information that the Imo State Government through the ministry of lands, survey and physical planning intends to acquire some community lands in Abba, Nwangele local government area, for agricultural purposes. Abba United Incorporated wishes to express our displeasure and opposition towards this intended acquisition and inform you that it is our opinion that this proposed move is inimical to the development and tranquility existing in the four communities of Abba.
“By your letter of August 28, 2020, reference no. IML/5055/14 and subsequent visits by the staff of the ministry with some stakeholders in the four autonomous communities, we understand that the state government is taking steps towards the acquisition of the rural land known as ‘Ikpa’ in Abba autonomous community.

Abba United is a non-profit organization based in the USA. We have been involved in the physical and social development and security of the four Abba autonomous communities and are made up of indigenes from these four communities.

We have lost confidence in govt – Archbishop Obinna