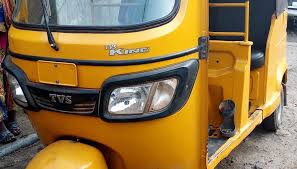 A group, Southern Nigeria Peoples Mandate (SNPM), has condemned the killing of a tricycle operator by a police officer in Port Harcourt, Rivers State.

The President of SNPM, Augustine Chukwudum, in a statement issued in Enugu on Sunday, said it was a shame that the trigger-happy policeman wasted a young-man’s life for refusing to give him a bribe of N100.

He described as unfortunate the fact that demanding bribe has become culture of some policemen.

“The worst part of it is that some policemen carry out this unwholesome act with impunity, since it is believed that they have the backing of some senior police officers who they give returns.

“SNPM is calling on the Federal Government to arrest and prosecute the trigger-happy policeman who killed the keke rider because he refused to give a paltry bribe.

“We demand N50 million from Federal Government and police authority as compensation to the family of the victim”, he stated.

Chukwudum called on the Inspector-General of Police, Mohammed Adamu, to dismantle with immediate effect police tollgates scattered in various locations in the country.