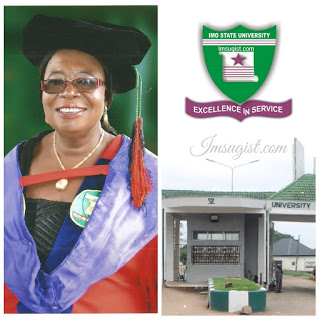 Imo State government has fixed December 30 for the termination of the tenure of the Vice Chancellor of Imo State University (IMSU), Prof. Adaobi Obasi.

This was part of the resolutions of the State Executive Council meeting on Wednesday, as communicated to newsmen by the Commissioner for Information, Declan Emelumba.

The commissioner said the government agrees with the revelation by the Prof. Chinedu Nebo visitation panel that the university was enmeshed in high level of corruption and according to the white paper, a forensic audit should be carried out in all the finances of the university.

The council agreed to set up a committee on admission to be headed by the registrar of the institution to ensure due process in admission process.

Reacting to a question on the lack of Christmas decorations in the state, Emelumba said the government was working seriously to rebuild the decayed infrastructure of the state, assuring that when things stabilize, the citizens will witness Christmas fanfare like never before.