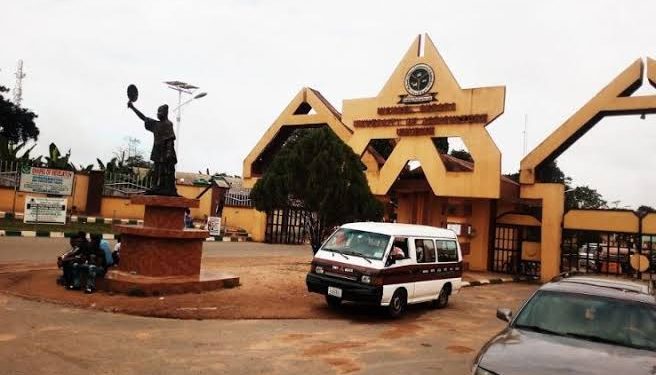 A non-profit organization, Connack Foundation has sank water boreholes in Afugiri, Umuahia North LGA of Abia , the first in the history of the community.

Afugiri , she said is the hometown of Dr Michael Okpara, the former Premier of old Eastern Region and has experienced acute water problems for ages which even various government interventions could not solve .

The Chief Executive Officer of the foundation, Mrs Carole Emeka Sunday disclosed this on Thursday during a media briefing at foundation’s research centre ,Umuegwu-Okpuala Ohuhu, Umuahia.

She recalled that the organisatio founded by Mr Kenneth Nnamdi Ukeagu in 2012 has solved water problems in Afugiri, Ohuhu land which had suffered the problem of bedrock .

This, she said was made possible by the engagement of seasoned engineers to sink boreholes in four different locations of the community, thereby ending age-long water crises in the the community.

She also used the occasion to announce that the annual founders’ day and youth arise celebration for 2020, because of delay in full approval from the Abia State Government to hold the events as well as the need to maintain Covid -19 rules, regretting any disappointment the cancellation may bring to teeming youths.

The foundation stated it has trained and equipped many Abia youths in several entrepreneurship skills, ,given scholarship to kids and youths, payed medical bills of patients at Federal Medical Center, Umuahia as well as sponsored free medical outreach in partnership with Faith Care Incorporated, United States of America.

Construction of rural roads, installation of street lights, sponsorship of graduates in their businesses of trade as well as free surgery for kids at the tune of N2.5 m, according to Mrs Carole Emeka Sunday, have been the hallmark of the group since 2012.

Giving of agricultural grants, full educational scholarships and war against Corona virus in Abia State also formed major contributions of the foundation to humanity, adding that it also partnered with Rotary Club of Umuahia recently to sponsor 50 young girls and women in various businesses.

She charged the beneficiaries to utilise every fund given to them while also urging various communities where Connack sited projects, to protect the projects against vandalism as it was not the responsibility of the foundation to secure what it had already donated to a community.

The foundation however called for partnership with other like-minded individuals to sustain the strides of helping people, but making it clear that Connack Foundation was not interested in any partnership with State or federal governments.

Come to our rescue and save us from land grabbers, Achalla community appeals to Anambra Govt

Nigeria’s Insecurity, like taking a trip to Kaduna by Road, Air or Rail