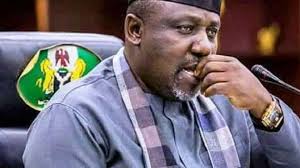 Imo State executive council has approved the recovery of Eastern Palm University from the private ownership of former governor Rochas Okorocha as a state owned university.
This was part of the resolution of the State Executive Council meeting held Wednesday and communicated to government house correspondents by the Commissioner for Information, Declan Emelumba.

Emelumba disclosed that council directed the relevant ministries to take immediate steps to implement the decision of the council. He said council will in a short while take decision on what will be done with the university, whether it will remain a full fledged university or whatever the government will decide.

“The university was established by law of the state as Imo European university. The state House of Assembly passed that law and in that law, it was clearly stated that the university belongs to the state government. That was how it was registered accordingly with the National Universities Commission.

“Later on, by a very fraudulent and unconscionable steal of common wealth, somebody went to the house to amend the law to transfer ownership to himself through whatever arrangement”.

Other decisions of the council as communicated by the Commissioner for information included; debunking the rumour that the government was borrowing a total of N8.9b from Fidelity Bank.
He said the money in question is money due to the state from excess crude sale from the federation account which totals about N10b.

According to him, the money is supposed to come to the state in installments which may take over six years, but since the government needs the money to handle some urgent needs for the state, what it did was to use the entitlement to secure a discount from Fidelity Bank to advance the government N8.9b instead of the N10b.