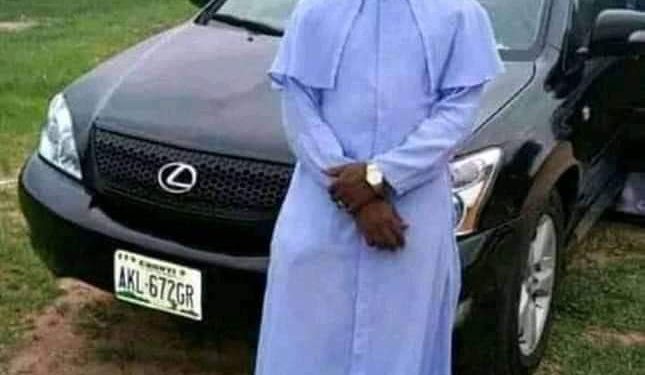 The Ebonyi State government and Catholic Diocese of Abakaliki have traded words over the arrest and incarceration of a Catholic Priest, Fr. Timothy Ngwuta in Abakaliki.

The Catholic Church, Diocese of Abakaliki in a statement signed by Fr. Matthew Uzoma Opoke, Chancellor, Catholic Diocese of Abakaliki, said all efforts to secure the release of Fr. Timothy Ngwuta on bail have been hampered by the Executive Order preventing any court in the state from entertaining matters relating to Effium crisis.

The Church appealed to all people of goodwill to join them in praying God to touch those responsible for the incarceration of Fr. Timothy to listen to the voice of right conscience.

The statement reads in part: “The Church in the name of God, appeals to all the people of Effium and Ezza Effium involved in this inter-communal war, to lay down their arms and embrace the path of peace. Nothing justifies the senseless killing and maiming of innocent lives. Peace can never be achieved under the barrel of guns.

“Since the matter is before the courts, we will not be making any more statements on the case. We urge all to withhold judgement and let the case run its course.

“We implore all people of goodwill to join us in praying God to touch those responsible for the incarceration of Fr. Timothy to listen to the voice of right conscience. We commend the whole process into the hands of the Blessed Virgin Mary, the Mother of Priests and the Star of Evangelization. Pray for peace in our State and in the Country” the church stated.

In a shift reaction, the Ebonyi State government denied the allegation saying that there was nothing like Executive order on the Effium Crisis

The state government in a statement signed by the state Attorney General and Commissioner for Justice, Mr. Cletus Ofoke in Abakaliki cautioned the Catholic Church to desist from saying that the priest is incarcerated in prison as a result of the Executive Order.

“Once a matter is in court, nobody talks about it other than for the legal process to take its course. This is what Ebonyi State government has done and the government has no hand in Priest case”.