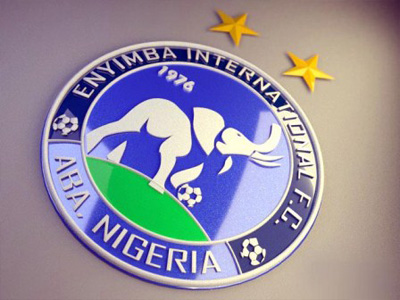 Also, the club’s chairman, Mr. Felix Anyansi Agwu received a new sports utility vehicle from the governor to aid his mobility in the discharge of his duties.
In his brief remarks while performing the hand-over of the vehicles, Ikpeazu said the vehicles were to help the club return to the winning ways.

The governor charged the management and players of the team to continue to make the state and the nation proud, adding that with the provision of the vehicles, the team should perform well in the Nigerian Premier and CAF Champions Leagues.

Responding to the development, the Chairman of Enyimba FC, Mr. Felix Anyansi Agwu described the governor as a true lover of football, commending him for his profound interest in Enyimba.
The chairman recalled that the Enyimba Stadium was redesigned to international standard, which according to him, was uncommon feat.

Meanwhile, Enyimba is to meet El Mareik of Egypt in the next round of the CAF Champions League match, after overcoming Rahimo FC of Burkina Faso 2-1 in aggregate.
Enyimba defeated their Burkina opponents 0-1 in the first leg match and later drew 1-1 in the return leg at Aba.