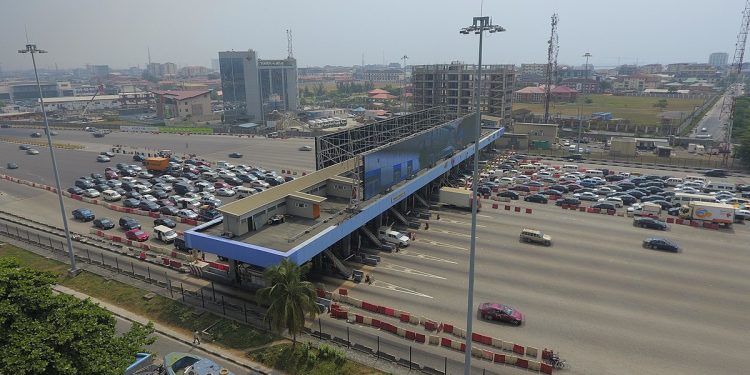 The acting Deputy Director, Army Public Relations and 81 Division’s spokesperson, Major Osoba Olaniyi, has said the military will not disclose the number of its personnel deployed in the Lekki toll gate.
Earlier reports showed that soldiers shot peaceful EndSARS protesters at the Lekki tollgate on the night of October 20, 2020.

Though the army initially denied involvement in the Lekki shootings, it later disclosed that its officers were invited by the Lagos State Governor, Babajide Sanwo-Olu, to enforce a curfew imposed on the state last Tuesday.

But a lawyer, Nurudeen Yusuf, had sued the Lagos State Government and others, arguing that “death is not a penalty for violating curfew.“And that as of the time the shooting commenced, the curfew declared had not been in force. It was supposed to commence at 9:00 pm on that day, being 20th of October, 2020.”

While Amnesty International claimed that 10 persons allegedly died, an eyewitness, DJ Switch, said about 15 protesters died. But the authorities are yet to release any official figures of casualties.

In an interview, he explained it would be unprofessional to release the number of personnel deployed.
Asked the number of personnel involved, Olaniyi said, “It is against operational security. We don’t give that. It is against the policy of operational security. There is no problem here. The picture some people paint, as if we are fighting with the state government, is wrong.”

He also explained that it was not the duty of the judicial panel to invite the Army to answer questions regarding the reported shooting of unarmed protesters at the Lekki toll plaza.
Olaniyi stressed that the army intervened in the Lekki tollgate incident based on a request from the Lagos State Government and that it would only appear before the panel based on same directive from the state government.
He said, “If we receive a letter from the state, we will go. Are we not under civil authorities? Are we not part of Nigerians? Have not go there (Lekki tollgate) on our own?

“It is not the duty of the members of the panel to tell us that. If the state wants the (81) Division to come, they will write, and we will oblige. See, if they have written to the division, it is our duty to go. It is not for them to go through the media as if we are scared of coming.

“It is the state government that constituted that panel of inquiry. So, if anybody needs to get in touch with us to come, it is still the state and not members of the panel.”