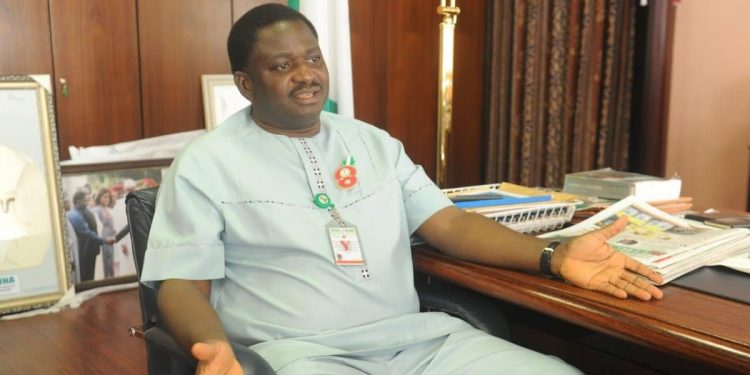 Femi Adesina, the Senior Special Adviser to President Muhammadu Buhari on Media and Publicity, has said that the looters of warehouses across the country were not hungry nor angry but took advantage of the collapsed law and order.

He said the collapse of law and order in the country was as a result of a protracted protest by Nigerian youths.
Newsmen had reported a series of looting of COVID-19 palliatives from various states’ warehouses and also the destruction of public and private property by angry youths.

Appearing on Channels Television, the presidential aide also countered Amnesty International’s report on what led to the nationwide looting.

“This crowd of people you see going to loot are not necessarily hungry and angry,” Adesina said.
“They are taking advantage of the collapse of law and order that came as a result of protracted protests. Amnesty International is wrong.

“Amnesty International does not have all the facts. They don’t run this country. They shouldn’t know beyond what they have been told…. certain things, criminal in nature, had happened before Lekki and to say Lekki precipitated it is not quite right.”