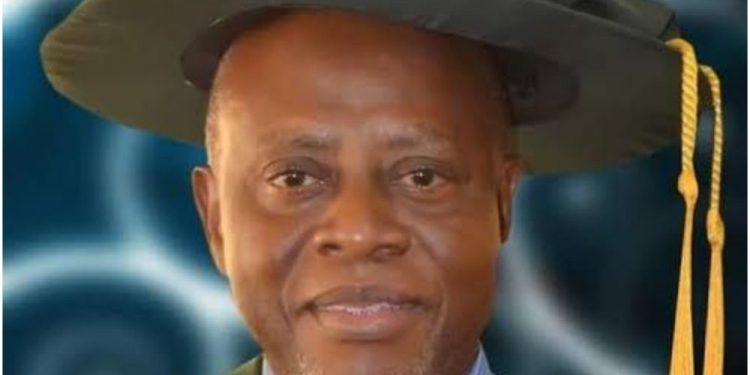 A Professor of Medical Biochemistry, Prof. Sunday Oge Elom, has been appointed the new Vice-Chancellor of Alex Ekwueme Federal University Ndufu-Alike, Ebonyi State.
Until his appointment which was announced through a press released signed by the Registrar/Secretary of Council Odisa C. Oleke ( Mrs.) yesterday, he was the immediate past deputy vice-chancellor, Academic,
He was born on 5th November, 1961 at Ekwashi, Ngbo in Ohaukwu Local Government Area of Ebonyi State, Nigeria.

He has had an illustrious career as a member of the academia, spanning over three decades. His journey as an academic started in 1987 when he served as a Research Assistant in the Department of Applied Biology, Anambra State University of Science and Technology (ASUTECH), Enugu campus. He however rose through the ranks in different universities in Nigeria and became a professor of Medical Biochemistry in 2006.

Elom has published over 50 academic papers in top-tier and high ranking national and international journals with impact factors. He has also published many books, books chapters and monographs as well as many conference papers. More so, he has served as external examiner and assessor to many universities.
Apart from being a thoroughbred and seasoned academic, Elom has occupied many administrative positions in the Nigerian university system where he brought his administrative astuteness to bear, ensuring that the vision and goals of the institutions he work for are achieved.

Challenge of leadership and Nigeria on the brink of collapse