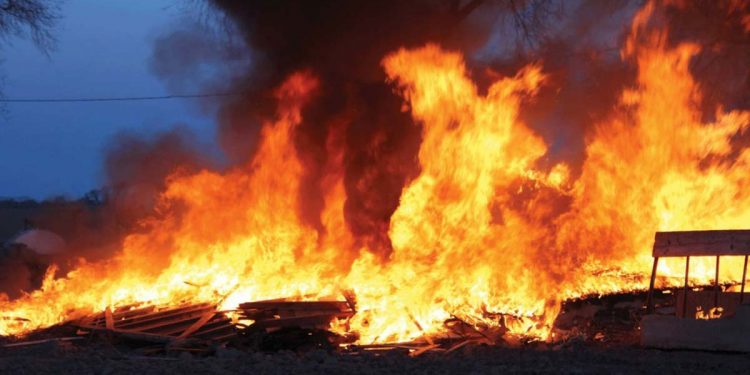 The Enugu State Fire Service said it would on Tuesday, December 1, 2020, commence campaign on safety measures against possible fire outbreaks in the state.

In a statement by the State Chief Fire Officer, Engr. Okwudiri Daniel Ohaa, the fire safety campaign, which will focus mainly against indiscriminate bush burning, will begin in markets such as the popular Ogbete Main Market Enugu, Timber Shed Enugu and 42 other markets across the state.

Ohaa added that the campaign will also involve walk/road shows to major streets in the metropolis, the three senatorial zones of the state, churches and communities.

He reiterated the agency’s preparedness in the event of any fire outbreak or emergency in the state.
The Chief Fire Officer noted that the essence of the fire safety enlightenment campaign was to re-awaken safety consciousness and precaution in the minds of people as during the dry season.

He maintained that the agency will use other avenues available in spreading the message of fire safety, prevention and precautions.

Ohaa urged those travelling to always switch off all electrical appliances and also called on residents to uphold safety tips to prevent fire outbreak during the dry season in order to safeguard lives and property.

Egwu dares Umahi:Arrest me if you’ve evidence of crime

Imo govt to empower 10,000 youths before end of year – Uzodimma

Imo govt to empower 10,000 youths before end of year - Uzodimma