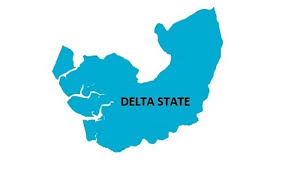 Youths of Idumuesah Community in Ika North East Local government area of Delta State have ordered closure of schools, market and shops over refusal of the community head to carry out ancestral rituals to appease the anger of the gods believed to have cast a ravaging mysterious sickness on the community that so far claimed five lives.

The youths had mobilised a huge assembly at the palace of the Traditional Ruler and Okpala-Uku of Idumuesah, maintaining that the mysterious sickness came as a result of anger by the gods for the refusal of the community head to carry out certain ancestral rituals, having been converted to Christianity.

But in quick response the Delta State Government on Friday said it has unraveled the cause of deaths of youths in the three communities in Ika North-East Local Government Area of the state.

According to the Delta State health authorities the strange disease currently ravaging Ute-Okpu, Ute-Erumu and Idumesa communities in the locality within the past three weeks was diagnosed as yellow fever.

As at last count, our Correspondent gathered that over 30 youths between the ages of 18 and 25 had died from the strange sickness characterised by bleeding from the mouth, nose and anus, coupled with fever.

Addressing newsmen in Asaba, the state Commissioner for Health, Dr. Mordi Ononye, attributed the cause of the mystery deaths to yellow fever disease.

Ononye said the laboratory result of the samples collected pointed to the age long disease. He quickly added however that the result would further be authenticated at the Referral Regional Laboratory in Dakar, Senegal where samples have also been sent.

“Samples were collected from patients and sent to the laboratory. We have received results and the results point to yellow fever as cause of deaths we heard of in those areas.

“The result we have received is helping to move us to a more definitive action, while we still wait a final authentication from the Reference Regional Laboratory in Dakar,” Ononye said.

Ononye claimed that about 22 deaths have been recorded as a result of the disease, with seven additional active cases being managed at the Federal Medical Centre (FMC), Asaba.

The commissioner however assured residents of the communities that there was no cause for alarm, noting that the state government was collaborating health related agencies to step up measures to contain the spread of the disease.

“We have began immediate outbreak response activities. As we speak, we have informed the Nigerian Centre for Disease Control (NCDC), National Primary Healthcare Development Agency which usually collaborate with us, and that is why they have sent teams to support us.

“We are taking definite lines of action to have an effective response. We assure residents that everything is being done to ensure that it does not escalate.

Ilile community laments over deplorable state of their road