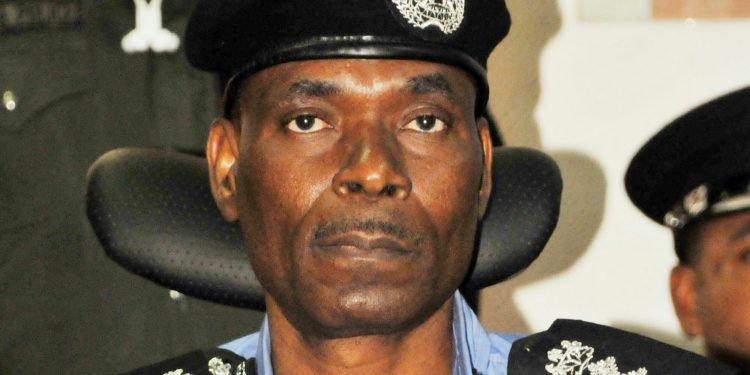 The Inspector General of Police, Mr. Mohammed Adamu has urged his men to defend themselves if attacked on duty.
Mohammed gave the charge on Tuesday in Umuahia when he visited Abia State, in continuation of his nation-wide tour of police formations after the EndSARS crises.
He condemned the killings of police men on duty and the snatching of their service guns by hoodlums, especially as recorded during the crises.

He further tasked his men to henceforth, defend themselves with their gun anytime their lives were in danger.
This he said, could be done with the firing of the attacker on the leg, while bemoaning the high casualty rate recorded by the police during the EndSARS crises.

The IGP who arrived at Umuahia at noon, came in on a police helicopter and was received by the Deputy Governor of Abia State, Sir Ude Oko Chukwu, at the Central Police Station before moving to the Government House.
The state governor, Okezie Ikpeazu, while receiving the IGP in his office, extolled him for the visit and recalled the contributions of his administration to the men of the Nigerian Police and the other security agencies through the provision of operational vehicles.

Ikpeazu also used the occasion to hand over keys of brand new Innoson Vehicles purchased by his administration for the Abia State Police Command to the IGP with a promise to sustain his support for the Nigerian Police and other security agencies.

The Governor said the addition of the new vehicles to the ones his administration purchased earlier, would assist the mobility and effectiveness of the Police Force in crime fighting.
Top police brass including the Assistant Inspector General of Police, Zone 9, Umuahia and Janet Agbede, Abia State Commissioner of Police accompanied the IGP during the visit to Ikpeazu.