...constituents pass vote of no confidence 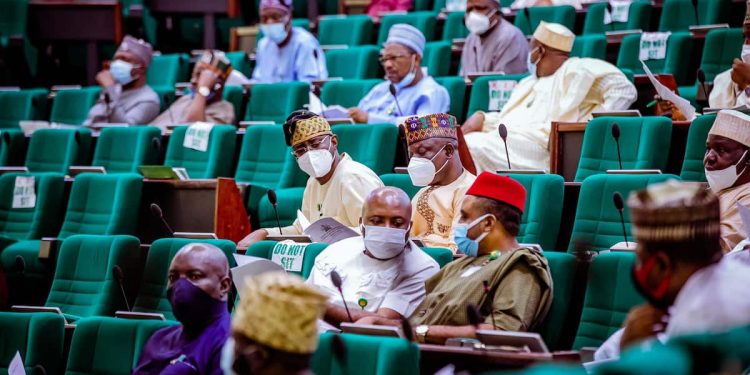 Barely last week when the video of some youths in Eziama Community, Isiala-Mbano Local Government Area (LGA) of Imo State made use of the persuasive assertion “De Rituo” to ask Rt. Hon. Chiji Collins not to aspire for further political position, it will go beyond the state to become a movement.

Recall that News Echo posted a video of the youths from the country home of Collins, a former Speaker of the Imo State House of Assembly publicly confronting him in a meeting, telling him of his abysmal performance as a legislator.

The assertion “De Rituo” which means uncle or elder brother step down was used by one of the youths to ask Collins to forget nursing further political ambition in the area, as he has not performed well with the opportunity given to him already.

Like a wildfire, “De Rituo” has spread and was the statement on everyone’s lips when the constituents of the Ukwa Ukwa East/West LGA of Abia state which make up the Ukwa Federal Constituency passed a vote of no confidence on the member representing them at the Green Chamber, Hon. Uzoma Abonta.
Speaking under the umbrella of the Coalition of Ukwa Leadership Accountability (COFULA), the constituents asked Abonta to resign within 24 hours or face recall from the House of Representatives.

COFULA, in a petition to the chairman of Independent National Electoral Commission (INEC), Prof. Mahmood Yakubu, read by its spokesperson, Ukaegbu Chinenye, stated that the 15 years of Abonta’s service of the constituency was a colossal waste and hugely unfruitful.
The coalition alleged that Abonta failed, neglected and refused to use his office to attract commensurate projects to the constituency in terms of the years and constituency funds made available to him for that purpose.

The petition dated January 17, 2022, also stated that Ukwa Federal Constituency has the worst roads in Nigeria, no light, no water and no single good hospital despite being an oil-producing federal constituency.

“Throughout the period, Abonta never deemed it fit to call for a constituency meeting. He represented only his interest and pocket.
“The self-serving representative gradually blossomed into a despot and talked down on us. Instead of protecting and representing the constituency, being his primary responsibility, he makes a mockery of us with impunity.

“It has just dawned on us that the people of Ukwa has deficient infrastructure as a result of Abonta’s incompetence and lack of capacity to speak for us.
“He has not been vociferous in presenting our plight to the government and good people of Nigeria. Rather, he chose to cast aspersions on us to massage his ego and protect himself from blame.

“Ukwa people deserve good representation and respect from anyone representing them in the National Assembly.
“It is in the light of the foregoing that we have unanimously resolved to communicate our loss of confidence in him to you to enable us to recall him from the House of Representatives in accordance with the provision of section 69 of the 1999 constitution of the Federal Republic of Nigeria, as amended.

“We crave your indulgence and provision of a conducive environment in this matter of Hon Abonta’s recall, withdrawal and other matters related thereto.”
The group also in a three-point communique after its meeting on Monday pointed out that the collection of signatures for Abonta’s recall process in line with the electoral act of Nigeria had already commenced.

Some constituents expressed their dismay over what they tagged the abysmal performance of Abonta at the Federal House of Representatives, stressing that he has been representing himself alone in the past 15 years as a Federal lawmaker.

Mr. Ekene Adiele, a youth leader from Azumini-Ndoki, Ukwa East LGA said that since Abonta became a Federal lawmaker, no single block has been laid in the constituency as a constituency project attracted by him to justify the mandate given to him by the people.

“What provoked our people most was the comment by him at Ndoki Union annual summit where he told our people that they cannot eat their cakes and have it over their complaints about the deplorable state of Obehie-Akwete-Azumini-Ukanafun Road.

“At that Summit, he accused our people of sabotaging the construction work on the road attracted by him by erecting 121 imaginary shrines, 87 markets and 129 filling stations among others and demanded unreasonable compensation when the contract had already been awarded thereby hindering work on the road.”
Adiele however said that inasmuch as there is an element of truth in the comment made by the lawmaker on the behaviour of the people, it is expected that he intervenes in such matters and ensures the road construction continued.

“Do you know that the only Constituency project Abonta has completed in Ukwa is his private residence that is along the Obehie-Akwete-Azumini-Ukanafun Road? He’s from Akwette, go there and see where a Federal lawmaker who’s almost an ancestor at the Green Chamber hails from. No sign to show he’s from there,” he said.

Kingsley Okadigbo, an activist from the constituency said that Abonta is not operating any functional constituency office nor organized any town hall meeting in almost 15 years of going into the National Assembly.

He said that adding the people of Ukwa would no longer bear his insults, intimidation, harassment and oppression against the Federal Constituency.
“Ndoki and Asa clans (Ukwa people) demand explanations on the terrible state of the constituency for the past 15 years.

The decades of abandoned projects and the hijack of contracts from the NDDC, Ministry of Niger Delta and Imo/Rivers Basin Authority should be explained to Ukwa constituents among others.”
Okadigbo noted that Ukwa people would no longer tolerate what he termed Abonta’s ineptitude, incompetence and anti-people pattern of representation anymore, hence, the need to recall him back from the National Assembly.
“Enough is enough. We are ready and would deploy everything legal in our arsenal to ensure his express recall.”
Effort made to reach Abonta proved abortive as at the time of filing the report.

How to get a VPN For Free