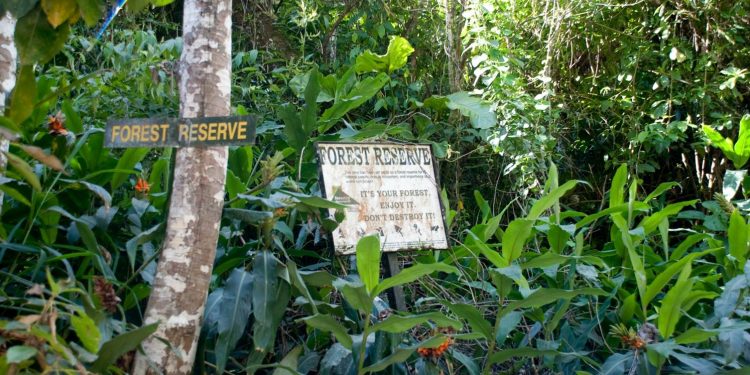 0
SHARES
90
VIEWS
Share on FacebookShare on TwitterShare on Linkedin

Customary land owners of Mamu Forest Reserve, Ndiukwuenu, in Orumba North Local Government Area of Anambra State, have extolled Governor Willie Obiano for his magnanimity in approving the release of some portions of land from the forest reserve.

The group who spoke through its leader, Chief Henry Onyeka-Onwurah, stated this in Awka while recounting the dividends of democracy the community has benefitted under the present administration.

According to him, the community under the previous administrations did not feel the impact of government until the Obiano administration when basic and social amenities like hospital, good road, bridge, among others began to manifest.

He further noted that for a long time, they have been seeking for the release of Mamu Forest Reserve through the Ministry of Lands and expressed joy that the governor thought it needful and acted upon it.

Chief Onwurah, however, bemoaned the attitude of some people who he alleged want to sabotage the good work of Governor Obiano in the area, describing them as settlers, who do not have the interest of the community at heart.

The Chairman of Ozu Community in Ndiukwuenu, Chief Chukwudi Nweke in his own view regretted that some individuals are working against unity and peace in the area, while pointing out that they should be grateful that the land occupied by colonial masters since 1928, has now been released for the benefits of the community.

Nweke appealed to the governor to continue the construction of the road from Ndiukwuenu to Ufuma junction as it will open more avenues for development.