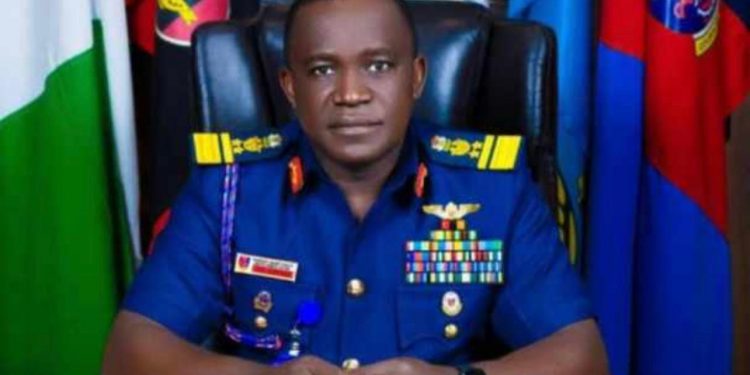 Chief of Air Staff of the Nigerian Air Force, Air Marshal Isiaka Oladayo Amao, has charged officers and men of Nigerian Air Force to maintain discipline at all times, saying that it is the constitutional role of the military to protect the citizens from internal and external aggressions.

Air Marshal Amao who gave the charge on Wednesday during his maiden visit to Enugu said that the synergy now existing among the Service Chiefs has helped to reduce the level of insurgency, banditry as well as activities of hoodlums in the country.

The Airforce boss commended his men as well as other security agencies in the southeast geo-political zone for maintaining peace in the area, adding that there should be love and peaceful co-existence so that the country could move forward.

According to him, Nigeria is a blessed country with abundant human and natural resources, adding that the country would continue to grow from strength to strength, urging his men to continue with their excellent performances recorded so far.

He promised his men that their welfare as well as training and re-training would remain paramount in his mind, adding that his maiden visit to Enugu had afforded him the opportunity to inspect some of the Air Force facilities in the State.

It could be recalled that Air Marshal Amao from Osun State who was born in Enugu was appointed as Chief of Air Staff on January 26, this year by President Muhammadu Buhari.

Why we never forget our first love