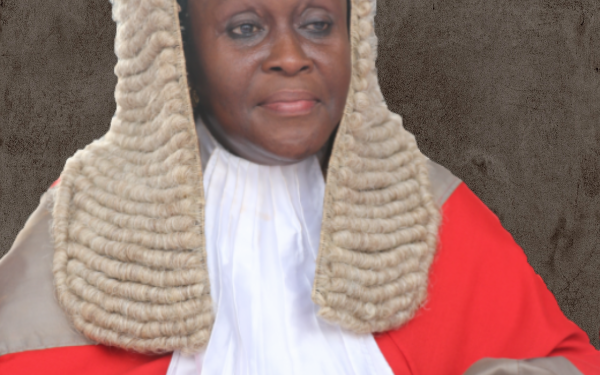 The Chief Judge of Imo State, Hon. Justice Ijeoma Agugua has cautioned law officers to be careful of the type of things they introduce into the legal profession which she described as a noble one.

The chief judge was speaking while making her opening remarks as the chairman of the occasion, during the maiden Law Officers Association of Nigeria (LOAN) Week, Imo State chapter which kicked-off on Wednesday, in Owerri.

She frowned at the idea of having a fundraising committee in the association, saying it is not a norm in legal associations.
She urged them to be careful of some of the things they are subtly introducing into the noble profession.

The LOAN Week which attracted legal luminaries in the state, had the theme, ‘The role of law officers in the administration of criminal justice’.
Imo State Governor, Senator Hope Uzodimma was represented at occasion by the Attorney General and Commissioner for Justice of the state, Barr C.O.C Akaolisa

The governor promised to do anything within his powers to improve the welfare of law officers in the state.

Earlier in her welcome address, the Chairman, Law Officers Association of Nigeria, Imo State chapter, Mrs. Chinaka Iherue, noted that the association is comprised of lawyers in the chambers of the Attorney General of the Federation and Attorney Generals of the 36 states of Nigeria, which has about 10,000 members.

She further disclosed that the association was formed about 22 years ago, to address peculiar issues that border on the welfare of law officers and enumerated the myriad of challenges law officers in the state faced during the past administration, expressing happiness that the present administration has shown willingness to serve justice.

Police should pay me N200m for damaging my kidney - Petitioner