Boundary dispute: Anambra is pushing us to the wall – Abia community 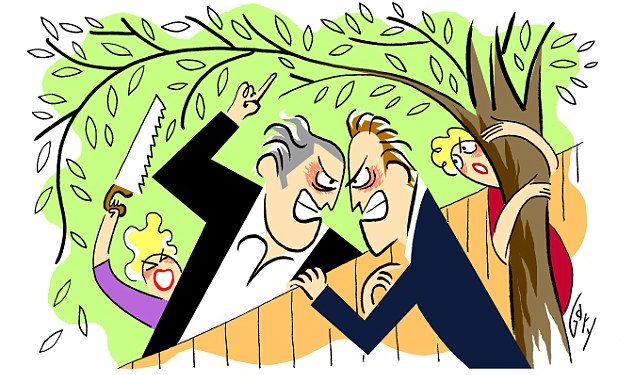 The Deputy Governor of Abia State, Sir Ude Oko Chukwu has assured the people of Umuaku Isuochi Community in Umunneochi LGA that no part of the state would be ceded to another state.

He gave the assurance on Wednesday in Umuahia when he received in his office, a delegation of the community, which shares boundary with Owerre Ezukala Community of Orumba South LGA of Anambra State.

Oko-Chukwu , who is the Chairman of Abia State boundary committee assured the Umuaku delegation that the State government was doing everything possible to bring a lasting harmony to all disputed boundary areas of the state while charging the affected communities against violent clashes.

Earlier in their address, the leader of the Umuaku nation, Eze M. N. Achara raised the alarm that his people were being provoked on daily basis by their Owerre Ezukala neighbours, who according to him, had already removed some national landmarks and security posts demarcating the two towns.

Eze Achara maintained that a 1972 Supreme Court judgement which was delivered in Umuaku favour, made it clear where boundary lines should be, but regretted that their Anambra neighbours had been encroaching into Umuaku lands.

The royal father stated that it was the intervention of the elders of his community that prevented their youths from retaliating some attacks from Owerre Ezukala.

He praised the administration of Governor Okezie Ikpeazu for the efforts so far on boundary matters but called for a speedy resolution of their own case to prevent it from degenerating to a full clash which may claim lives and property.

Eze Achara further called on the National Boundary Commission (NBC) and the Deputy Governor of Anambra State, Dr Nkem Okeke to be alive to responsibility as according to him, his people were being pushed to the wall.

Biden set to meet Pope as US abortion debate rages