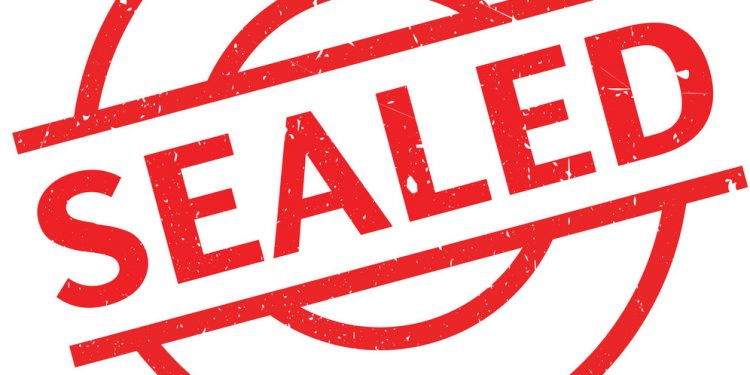 Branches of Guaranty Trust Bank (GTB) were Monday, sealed by the men of Abia State Board of Internal Revenue (BIR) Umuahia for alleged indebtedness to the revenue collection agency.

The information by the BIR also said that the sealing order was made possible by an originating Court order in suit No/H /U /170 and a judgment given on October 15 2020 by Justice K.O. Wosu in favour of the BIR in a suit between the two organizations

The statement made it clear that the BIR was mandated by the law to seal the financial institution for its failure to pay its debt, adding that the said amount included penalty for the bank’s failure on obligation, dating back to 2019.

The development left many staff who reported for duty stranded as they were seen wearing long faces. It also threw customers off balance as they were frustrated by the turn of event.

One of the customers who could not hide her displeasure shouted ” this bank again, last year they were sealed, this time again they have been sealed. Can’t they settle their problems with this people than frustrating us”, the enraged customer said

A staff of GTB, Umuahia branch when contacted said he would not comment on the issue as it was a judicial matter.
He only referred journalists to the BIR for further explanations.

At BIR headquarters, opposite State Secretariat Umuahia, the Acting Chairman, Mr Agbara Celestine was not on duty to talk to the press.