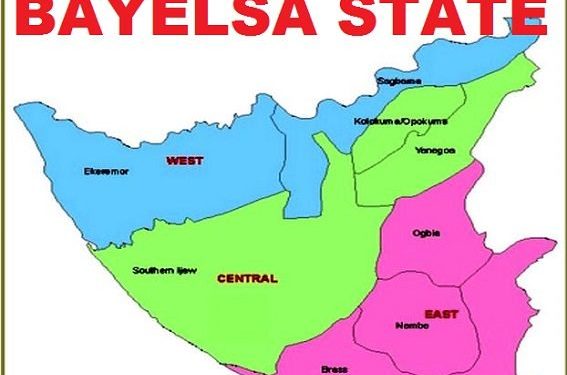 The Senator Lawrence Ewhrudjakpo-led Isoni/Azama Peace Committee has indicated its preparedness to make peace between the two communities as part of efforts towards resolution of the decades-long conflict.
Ewhrudjakpo, who is the deputy governor of the state, disclosed this during a meeting between the committee and representatives of Isoni Community in Government House, Yenagoa, at the weekend.

The deputy governor, who assured the two feuding communities of the Committee’s commitment to neutrality and fairness in resolving the dispute, restated the need for both parties to maintain the prevailing peace.
According to him, the interest of the present administration is to ensure peace in all communities across the state to attract sustainable investment, development and prosperity.

Senior Special Assistant on Media, Mr. Doubara Atasi, in a press release quoted the deputy governor to have called on Azama and Isoni people to have confidence in the steps being taken by the current government to settle the dispute.
While appealing for restraints from both parties, he urged them to refrain from making public statements that could preempt the decisions of the Committee and jeopardize its efforts at achieving lasting peace in the area.

The Deputy Governor, who commended the people of Isoni for their peaceful disposition thus far, enjoined them to continue in that regard, adding that the Committee had concluded plans to visit the disputed area thrice to enable it make informed decisions.
He also acknowledged extant court judgments on the disputed land, and appealed to both parties, particularly the Isoni Community to suspend all pending litigations to enable the Committee carry out its mediatory assignment effectively.

His words: “Be rest assured that we must visit that place. It is a must and we are going to go there three times. We will go with you first because we heard from them first; we will go with them second and then the three of us ( the committee, Azama and Isoni) will go there for the third time.
“We are going to be as neutral as the white polish, as neutral as water and as gentle as the dove. But we will not be as timid as the cockroach. So, let us continue to wave the olive branches of peace.

“There is no sacrifice that is too much to make to achieve peace. We commend your efforts for not taking the laws into your hands. We want you to continue to maintain the peace even in the face of very grievous unwarranted and undeserved provocation. Government regards your peaceful disposition.

“We are aware of the several judgements on this matter and even some of the cases in court. We are also aware of the gravity of the allegation leveled against you. But we still appeal that you allow the state Attorney-General who is a member of this committee to wade into it to put it on hold.”
In his remarks, the Ebenanaowei of Ohiakiri Kingdom and Leader of the Isoni delegation, King Joshua Igbagara, said both the Kalatoru Creek and the expanse of land in question known as ‘Seibou” are exclusively owned by the Isoni Community in Sagbama Local Government Area.

Giving a historical perspective to the dispute, King Igbagara highlighted series of court judgments dating back to 1929 and called for the implementation of the Supreme Court judgement, which is in favour of the Isoni people.

The Royal Father frowned at what he described as “Azama people’s flagrant disobedience to court judgments and constant provocative actions, and called on government to act fast to avoid escalation of the conflict.
Present at the meeting were the Chairman of Sagbama Local Government Area, Hon. Embeleakpo Alale, his Southern Ijaw counterpart, Hon. Nigeria Kia, Commissioner for Justice and Attorney-General, Biriyai Dambo (SAN) amongst others.