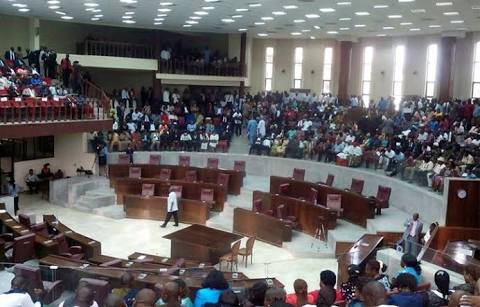 The Akwa Ibom State House of Assembly has constituted an Ad-hoc Committee to investigate controversial spending posted in the Akwa Ibom State Annual Report of the Accountant General with Audited Financial Statements for the year, 2019.

This action by the Assembly comes on the heels of investigative report which exposed extra-budgetary expenditures among other controversial spending by the office of the Akwa Ibom State Governor and Secretary to the State Government.

After the report, the Akwa Ibom State Government on Wednesday, November 18, 2020 circulated a new annual report and audited financial statements for the year 2019 arguing that figures in the previous annual report were incorrect. The state government said that a “coding error” occured during the preparation of the report.

The new annual report and audited financial statements circulated to journalists in November by the state government has however brought to the fore other controversial spending.

Outstanding among them is an expenditure of N1.057 billion posted for constituency projects in 2019. State lawmakers and constituents drawn from the 26 constituencies in the state had questioned the location of the said projects.

He said “The Committee is mandated to summon, where necessary, all relevant parties, agencies and persons, connecting and having anything to do with the said report”.
The Speaker directed the committee to conduct an in-depth investigation and report back to the House within one month.