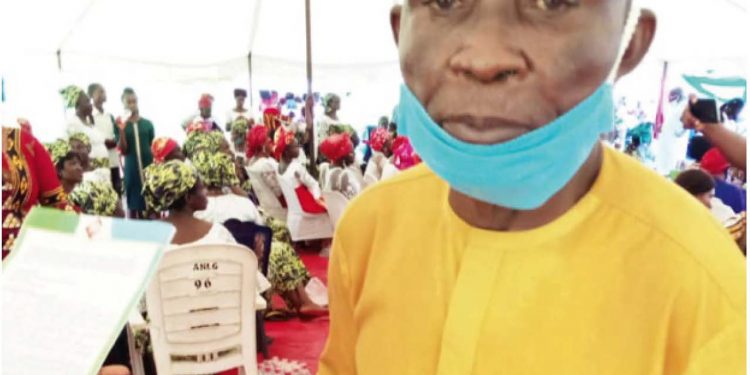 Rampaging opposition groups in Ezinihitte Mhaise Local govt Area have been asked to give peace a chanc e. APC Leaders and Stakeholders of the All Progressive Congress(APC) Ezinihitte-Mbaise at a well attended meeting declared their unalloyed support and encouragement for the State government led by Dist.Sen. Hope Uzodinma and the Interim Management Committee Chairman with his Team in the Local govt.

Engr Godwin Nwaimoh a Com munity Leader and Stakeholder who moved a motion urged the Party Members and Stakeholders to remain Focused and Constructive in every analysis as reneges are not relenting to rubbish good works of Senator Hope Uzodinma’s governance at State and Local government Levels. The Community Leader who took time to explain the good Works of the Imo state govt at Ezinihitte Mbaise through the IMC Chairman ,Chief Francis Samuel Onyeberechi with the Councilors.

He Condemned the activities of a pocket opposition Members who Launched Series of attacks by Blackmail and False Propaganda.

That Ezinihitte Council Head Quarters is wearing a new Look ,with Innovative Rehabilitations does not Please some is Worrisome.

Another Leader in the LGA, Hon Ray Mbaegbu from Ubonukam ,Onicha Arna Iri. Ward 2, told the audience that the IMC Chairman Chief F. S Onyeberechi and his team has transformed the Council . He advised the IMC Chairman not to be distracted with enemies of Progress which abound.

In his words Out of Twelve there must be a Judas. He insists that Ezinihitte Mbaise IMC has elevated the Council to a reasonable Standard with Reticulation of Water and Solar Powered Electricity . These Feats are Noble Compared to Past IMC teams. He recalled that observations by Stakeholders and Leaders attests to good works of Sen . Hope Uzodinma at grassroots Par ticularly how the IMC Conserttedly fought the global Pandemic. Chief Onyeberechi has Furnished the Secretariat .

Another Stakeholder ,Chief Ajala Uche lauded Gov Uzodinmaor appointing Chief F. S Onyeberechi to oversee the Administrations here.
Chief Ajala emphasized that Chief Onyeberechi as IMC Chairman Sp ared the State Unnecessary tension and Crisis during the herdsmen purported invasion in Ezinihitte Mbaise shortly after he was appointed by the governor, hence portrayed Political and Administrative Sagarcity. He urged the IMC team to continue their good work which has continued to Cage the Oppositions.