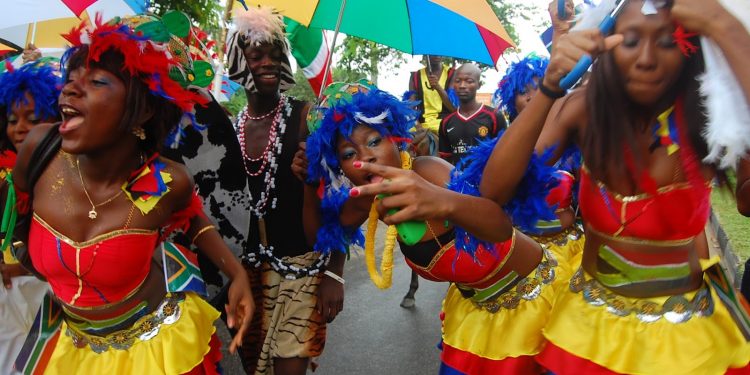 0
SHARES
196
VIEWS
Share on FacebookShare on TwitterShare on Linkedin

National Youth Service Corps (NYSC), Anambra State at the weekend, celebrated its cultural carnival for 2020 Batch B, Stream 1A corps members deployed to the state.

Speaking at the event, the state coordinator, Mr. Kehinde Aremu said the cultural carnival, held at the orientation camp at Umuawulu/Mbaukwu, was designed to create mutual relations among the corps members and staff of the agency.

Aremu encouraged corps members and camp officials to enjoy themselves and build relationships while in camp that would sustain them thereafter.

According to him, the event was to showcase the rich cultural diversity of Nigeria and for the youths to appreciate it.

The carnival was the climax of social activities in camp during any camping.
During the carnival, platoons 5, 3 and 8 emerged 1st, 2nd and 3rd respectively and were rewarded accordingly.

2023: Only God-fearing leader will save Nigeria - Group