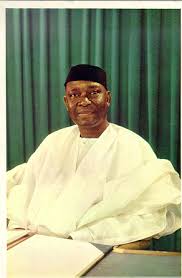 Anambra State Government has declared Monday, November 16, a work free day in honour of Nigeria’s first president, Dr Nnamdi Azikiwe, who was born on November 16, 1904, in Zungeru in today’s Niger State.
Acccording to a statement issued by the Commissioner for Information & Public Enlightenment, C. Don Adinuba, all government offices, except those which provide essential services, would not open for business, just like the organized private sector and open markets in the state.
The statement recalled that Monday public holiday was the second time the State would observe Dr Azikiwe’s birthday as a work-free day since Governor Willie Obiano announced the annual observance in January, 2019.
The statement read, “Governor Obiano has, meanwhile, reiterated his call on the Federal Government to declare November 16 a national holiday in honour of Dr Azikiwe who led Nigeria to independence on October 1, 1960.
“In a letter to President Muhammadu Buhari, Chief Obiano noted that “the failure thus far to declare the birthday of the Great Zik of Africa a national holiday has become not just a national embarrassment, but also an international scandal.
“The Ghanaians observe President Kwame Nkrumah’s birthday as a national holiday. Angolans observe Dr Agostino Neto’s birthday as a national holiday, just the way Tanzanians do the birthday of Mwalimu Julius Nyerere.
“Interesting enough, it was the Great Zik of Africa who mentored Dr Nkrumah whom he discovered when he was editing the African Morning Post in Ghana and sent him to his alma mater in the United States, Lincoln University, the first historically black university in America, to study the humanities just like himself”.
“Zik inspired a generation of Africans, including Nigerians, into African nationalism.