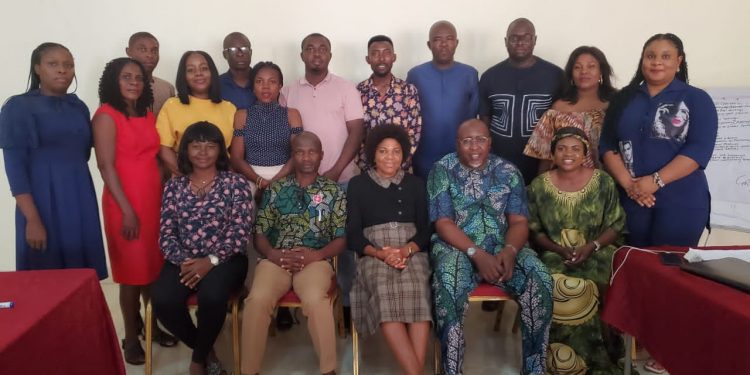 A non Governmental Organisation, Alliances For Africa AFA in a bid to ensure proper reportage of the forthcoming election has called on journalists in Imo state to ensure objectivity, clarity and transperancy in their profession as the forth estate of the realm.

Speaking at the one-day capacity building workshop for media professionals, the Assistant Director of programmes, Radio Nigeria, Heartland FM Owerri, Faith Mbaneme stated that the bedrock for being an effective journalists is to develop passion for the job, this she said will spur them to be objective, stating clearly the facts in their reportage without bias.

She adviced that journalists should not be partisan so as to discharge their duties without fear nor favour to any political party.

According to her, journalists should be distinct in their profession thereby shunning any form of corruption or inducement that will affect social, political and economical development.

Mbaneme further highlighted on the attitude of some journalists who disseminate unverified information which create tension and distort public health. She urged journalists to do more of social responsibility which is one of the core attributes of a media practitioner.

The media professional, Mbaneme who spoke passionately about changing the narrative in the media practice charged journalists to differentiate themselves from the usual social media reporters by making researches to confirm the source of an information before spreading it to the public.

Above all, she appealed to journalists to ensure they satisfy their conscience in their practice and live a legacy worth emulating.

Making her remarks, Lilian Ibeh of Alliances for Africa urged media practitioners to help in the fight against corruption through effective reportage during and after the 2023 general elections in State