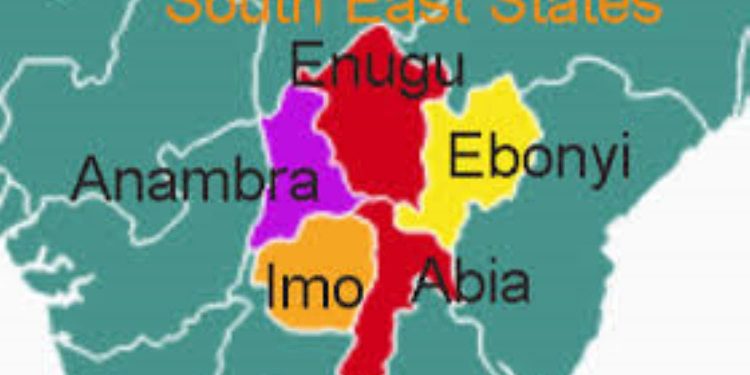 The political firmament in the South-East is dangerously tilting towards its feverish peak. This is as a result of the unfolding deep rooted animosity among leading politicians of the zone who are respectively nursing all shades of ambitions in the various states in the region. The many surreptitious and nocturnal moves even meetings being experienced almost daily in the enclave are as a result of the 2023 battle.

In Abia State, for instance, indications are rife that Governor Okezie Ikpeazu is allegedly interested in the Abia South senatorial seat currently occupied by Senator Enyinnaya Abaribe. Both men are from the same political gate and are also of the PDP. If Ikpeazu is really nursing a senatorial ambition, it means he must first get rid of Abaribe who has overwhelming majority of Ndigbo rank as the face of South-East politics in the last four years.

An Abuja based Abia State current affairs analyst, Ben Uzor Nwanta, expressed dismay at the looming battle.
He said, “I wonder what will actually happen in the Abia South senatorial district election in 2023. I am saying this because, as it has become ritual now, Ikpeazu may likely want to make a case for the senatorial seat. In that line, the governor will either perfect plans on how to emasculate Abaribe at the PDP party primary like Sullivan Chime and Elechi Amadi of Enugu and Ebonyi respectively. What I am pointing out is that the expected Ikpeazu/Abaribe 2023 war will be keenly contested”.

If the above scenario is not created, it then means that the debacle will be an outright Orji Kalu APC versus Ikpeazu/ Abaribe PDP encounter.

As it is in Abia so also it goes in Enugu. Despite their repeated denials, it can be confirmed that Governor Ifeanyi Ugwuanyi and former deputy president of the senate, Senator Ike Ekweremadu’s relationship is not a cordial one. This insinuation can be ascertained when, a couple of weeks ago, Ugwuanyi played host to the former political party members of the Ebeano group and Ekweremadu watched hopelessly from a dignified distance. The interpretation here is that the 2023 political chess game has already begun.

Of course, the Ebonyi State governor, Engineer Dave Umahi, against all pieces of advice, has ditched the PDP, at the 11th hour. Expectedly, former governor of Ebonyi State, Dr Sam Egwu will be up in arms against Umahi who is still on top. The interest is nothing but 2023 and how to go about it.

In Imo State, the impending political war is already playing out. Unlike the PDP and APGA, the APC is at war with itself. Senator Rochas Okorocha and Senator Ifeanyi Araraume are in one camp against Governor Hope Uzodimma who seems to be fighting alone. Again, the APC Coalition comprising Eze Madumere, Jude Ejiogu, TOE Ekechi, and few others, is still poised for action against Uzodimma should he disregard the group.
So it is that the political atmosphere in the region in 2023 as it were, will be dominated by squabbles by brothers who have a lot at stake.