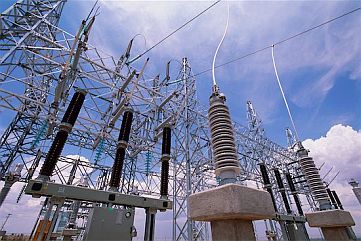 Abia State Governor, Dr. Okezie Ikpeazu is excited following an agreement between Geometric Power Ltd and Interstate Electrics which has brought to an end, the legal controversy over the ownership of the rights to generate and distribute power to the Aba and its environs.

In a release by Sir Onyebuchi Ememanka, Chief Press Secretary to Ikpeazu, the governor expressed joy while receiving the Chairman/Managing Director of Geometric Power Ltd and former Minister of Power, Professor Barth Nnaji who came to brief him on the latest developments relating to the Aba Power Project
Ikpeazu thanked the federal government for heeding his persistent appeals to intervene in the contractual impasse between EEDC and Geometric Power Ltd which has led to the final signing of an Asset Sale Agreement between the two parties and the Bureau for Public Enterprises (BPE).

He stated that the socioeconomic possibilities that will come with steady supply of power in Aba and its environs are simply unimaginable.

The governor commended Nnaji for his commitment to the project, assuring him that his administration and indeed, the people of Abia State will extend to them the cooperation needed to bring the project to realization.

“I lack words to describe how I feel with this development. This is about the best news I have received in a long time. What this will do to our economy can only be imagined. From the small barber to medium sized business owners to the big industries, it’s a new day.

“Most importantly, this will give more zest and energy to the Enyimba Economic City Project. Power has been a major issue in the plans for the project because big corporations will have issues with coming to operate in an environment where power is not guaranteed”, he said.

He said the project is expected to deliver power between now and the next six months, assuring that the entire basic infrastructure had long been put in place.

Nnaji described the Aba Power Project as the largest single economic investment in the entire South East region with a value of about 500 million dollars.

He thanked Ikpeazu for the support his administration has provided to them and in their interface with the federal government in a bid to resolve the issue.